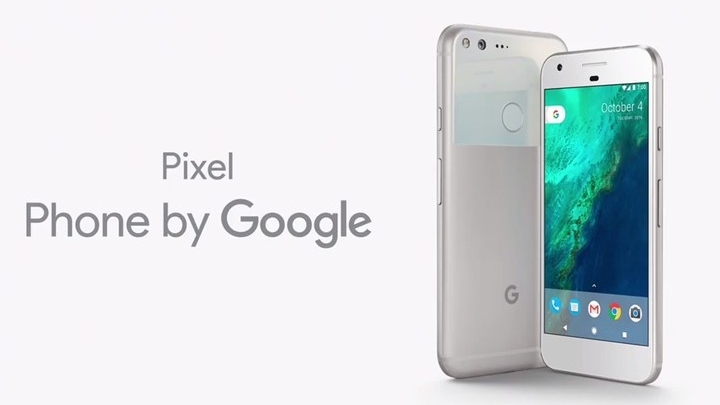 Sometimes it’s best to just sit back and feign surprise, as though the lead up to today’s big Google event wasn’t leakier than a rusted out old sieve in a rainstorm. After making several brief but notable cameos on international retailer and carrier pages this week, the company took to the stage at today’s Pixel event to reveal the titular handset – couched by the company as its largest hardware reveal in years, Techcrunch informs.

The base-level (the plain ole Pixel) looks like all of those leaks suggested – which is to say fairly featureless on its face, not dissimilar from a iPhone, only devoid of a physical button in that large stretch of bezel beneath the display.

The rear of the device is a combination of glass and metal with a fingerprint reader smack dab in the center, along with an antenna band along the bottom and Google’s new “G” logo along the bottom. Oh, and as noted by the company at the event, there’s “no unsightly camera bump” back there.

While the event is positioned as hardware first, this is Google we’re talking about here, and as such, the real focus is software. The company led the event with talk about its forthcoming Google Assistant AI, and as such, the Pixel will be the first handset to ship with the friendly voice helper. As the company puts it, “we’re building hardware with the Google Assistant it its core. ”

Those who pick up the Pixel will also get their hands on free unlimited storage on Google Photos with photos shot at their original resolution.

Surely that’s all that “Google Magic” we were seeing in a number of those aforementioned leaks ahead of the event. And indeed, the new assistant performed impressively during the demo.