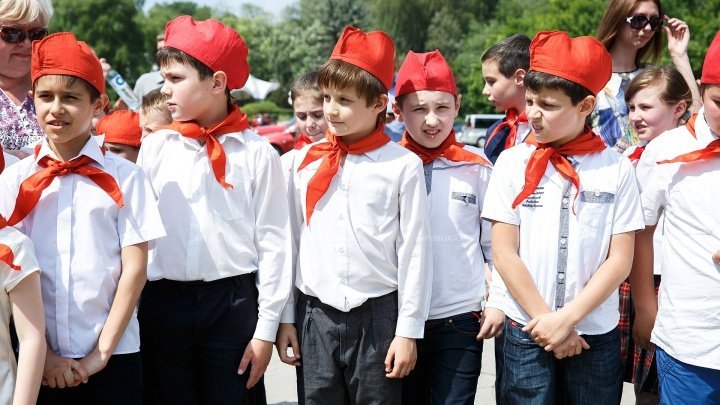 30 years after the Soviet Union broke down, the communists celebrated the pioneer's day. Moreover, some children received the title of pioneer.

Even though they don't know much about what a pioneer is, the children where amazed about the event.

"Starting today I am a pioneer. I am glad to have this title."

"I will be an example for everybody. I have a red hat. -What does that mean? -It means victory."

Vladimir Voronin congratulated the pioneers and talked about the times when he was a pioneer.

"I was 9 years old when I became a pioneer. It was the time when the communist party was established. From year to year, the number of pioneers changes. It depends on what do your parents want to see you doing", said Vladimir Voroninc, PCRM leader.

The pioneer's day was celebrated since 1992 until the collapse of the Soviet Union.