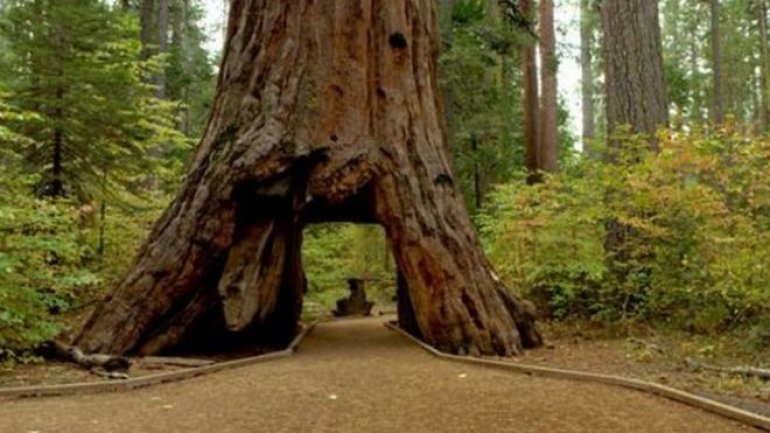 Storms in California have toppled one of America's most famous trees - the Pioneer Cabin Tree, according to BBC.

The giant sequoia was known for having a hole cut through its trunk - big enough for a car to drive through.

The tree, estimated to be more than one thousand years old, was felled by the strongest storm to have hit the area in more than a decade.

California and Nevada have been hit by unusually high rainfall levels, leading to flooding and falling trees.

The Calaveras Big Trees Association first reported that the drive-through Pioneer Cabin Tree - carved 137 years ago - was no more.

The storm was "just too much for it", the group wrote on Facebook.

Park volunteer Jim Allday says the sequoia, also known as the Tunnel Tree, shattered as it hit the ground.

"We lost an old friend today," he wrote in a social media post.

Giant sequoia are closely related to the redwood tree, and are considered the tallest tree species on earth, reaching 250ft (76 metres).