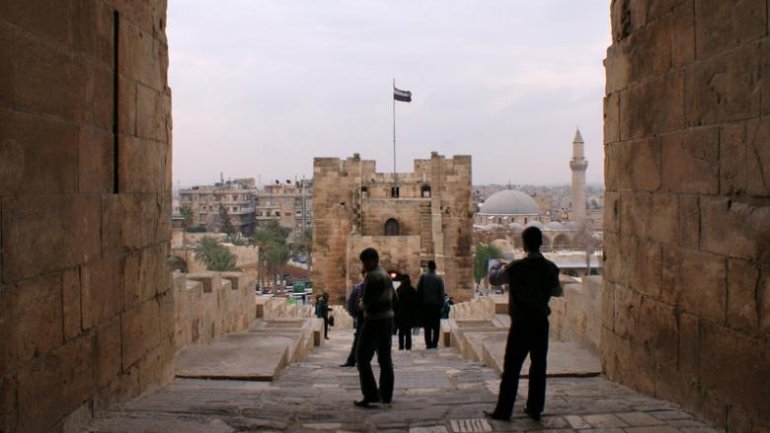 But the war that erupted across Syria in 2011 exploded into Aleppo in the summer of 2012, when rebel fighters took over the east of the city, according to Reuters.

The rebels hoped their march into Aleppo marked the beginning of the end for President Bashar al-Assad, while the government in Damascus pledged to swiftly drive them out.

Neither side achieved those goals, and the war in Aleppo dragged on more than four years. As the fighting ground on, Aleppo became the biggest prize of the civil war, even as the city itself crumbled under air strikes from government forces and bombardment by both sides.

Sections of the medieval souq, or market, have been ruined or burnt down, and the 11th century minaret at the Umayyad mosque was destroyed three years ago.

Modern structures have also suffered. The Shahba shopping mall on the outskirts of the city has closed - taken over by various insurgent groups during different phases of the fighting around Aleppo.

Now the Syrian army, backed by Assad's Russian and Iranian allies, is poised to recapture the city after taking back all but a pocket of rebel territory in the east.

For the government, victory is in sight. But Aleppo is changed. Much is in ruins, and much has been lost - surviving only in pictures and memories.