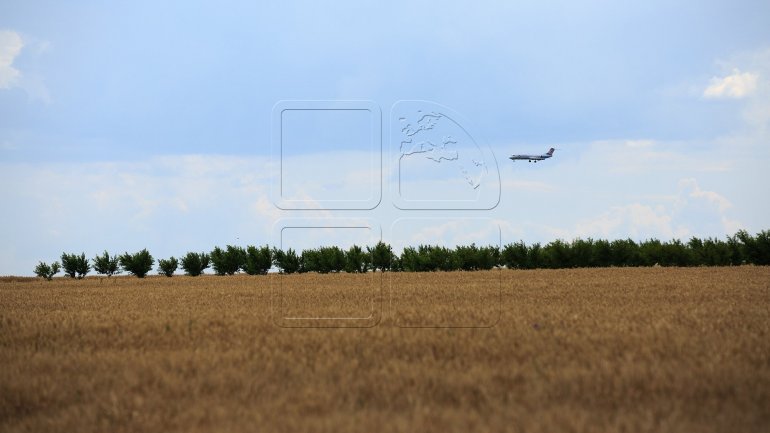 Best photographers from Moldova and Ukraine who took remarkable pictures of aircraft from Chisinau International Airport were awarded. The winners received plane tickets and money, as well as traveling visas. Photographer Igor Lugovoi received three awards for his work.

"I always try to catch not only the plane, but also a background piece which would make it distinguished, such as the sun. There can also be some nice clouds. It all depends on the weather" Igor Lugovoi explained.

The images caught on cameras of two other photographers from Chisinau were rewarded by the airlines.

"I believe it is my first time receiving any awards, especially when doing something I truly love" photographer Iurie Tolstic said.

"I am enthusiastic about aviation and love taking pictures. It makes plane spotting a method to satisfy both passions" photographer Mihai Armaş declared.

Winners received rewards from airlines featured in their pictures.

"For us it was a difficult mission. Choosing the best photo was hard, as all photographers have proven that along professional equipment, talent and abilities are also required" representative of an airline, Dumitru Nicolăiţă declared.

The photos were taken in August. During a whole day, photographers had the possibility to take the best pictures straight from the airport.

"Since dawn, since it was still dark, when the sunlight has only started peeking, till night, nearly 16 hours of photography on the territory of the airport, near the runways" director of Avia Invest, Petru Jardan said.

The event was organized for the third year in a row and gathered 15 photographers, both amateurs and professionals.