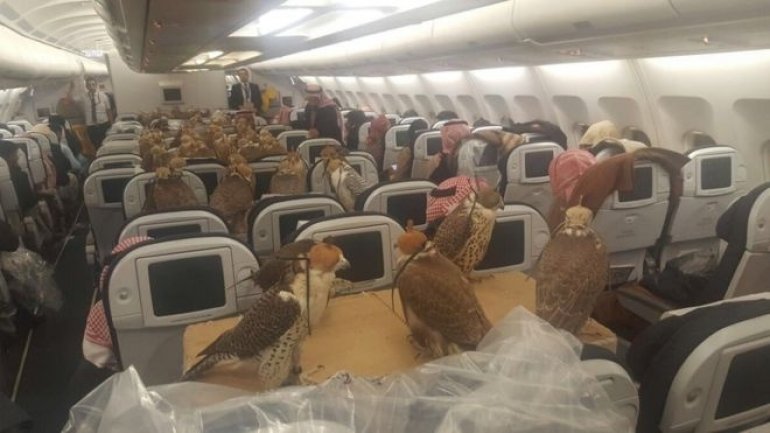 A photo of 80 birds of prey on board an airliner in the Middle East has gone viral after being posted on Reddit.

Ahmet Yasar, the businessman who posted the image, told the BBC it was taken within the last four weeks by a friend who works as an airline captain.

Mr Yasar said the falcons were flying to Jeddah in Saudi Arabia for what is thought to be a hunting trip.

"The picture was taken on board an Airbus flying from an unknown origin to Saudi Arabia," Mr Yasar told the BBC.

"It is quite common for airlines in the Middle East to transport birds for hunting purposes. In this case each falcon is estimated to be worth about $8,000," the Turkey-based businessman said.

"The picture I posted has gone viral attracting interest from all over the world," he said. "It is thought the birds were to be used to hunt geese."

Mr Yasar said the airline captain who took the picture did not want to be named.

Falconry was an important skill for Bedouin hunters in the harsh deserts of Arabia and Syria and has been around for thousands of years, informs BBC.