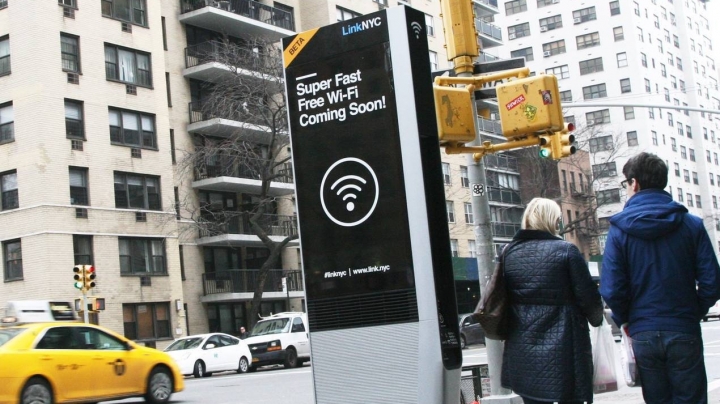 With mobile phones so common, pay phones have become obsolete. Demand for Wi-Fi, on the other hand, is multiplying rapidly. The new internet kiosks will even let people make free phone calls.

The kiosks won’t cost New York a penny, but rather will earn the city money. LinkNYC, an alliance of internet companies, builds the kiosks on public sidewalks. For that privilege, it shares with New York a portion of the revenues it earns by selling advertising space on the kiosks. The city projects its portion will amount to $500 million over 12 years.