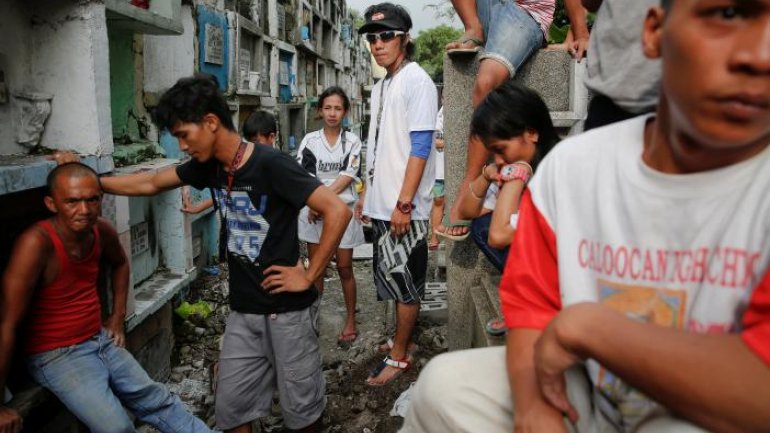 The Philippines on Wednesday announced plans to open in November what it called a "mega" drug rehabilitation facility, funded by a Chinese tycoon, to treat up to 10,000 patients in President Rodrigo Duterte's war on drugs, reports Reuters.

The news comes six days ahead of a visit to Beijing by Duterte, accompanied by hundreds of businessmen, as he seeks to forge closer ties with the Asian giant and daily airs his dissatisfaction with traditional ally the United States.

Several thousand people, mostly small-time drug users and dealers, have died at the hands of police and suspected vigilantes since Duterte took office on June 30, promising to eradicate the drug menace.

"This initiative will not only benefit these drug victims whom we want to help and reach out to, but also for the change that we envision for our country," Health Secretary Paulyn Jean Rosell-Ubial told a news conference.

The center, located in a military camp north of the capital, Manila, was paid for by Chinese philanthropist and real estate developer Huang Rulun, whose net worth Forbes magazine has estimated at $3.9 billion.

It will be built using 75 shipping containers of material imported from China, said Ubial.

The government plans to build four more mega treatment and rehabilitation facilities elsewhere in the country and many donors, including Chinese, have come forward, she added.

Duterte has repeatedly said the Chinese have expressed their readiness to help his government fight illegal drugs, which he estimates to have affected more than 3 million Filipinos.

But he has also criticized China for not doing enough to stem the flow of methamphetamines into the Philippines.

Just one or two percent of declared drug addicts, or "surrenderers", as they are known in the Philippines, will receive in-patient treatment at the sprawling center, however.

Roughly 700,000 such addicts have come forward to register with the authorities, but the country currently has few facilities to help them.

The Philippines is training hundreds of people to staff the new center, which will require 900 personnel to treat the first batch of 2,500 patients.

Duterte, who has admonished rights groups and foreign governments which raised concerns about the drugs crackdown, called his critics "stupid" and "idiots", in a speech on Wednesday.

He confirmed he had officially invited a United Nations special rapporteur on extrajudicial executions to investigate the drug killings.

"It will be open to the public," Duterte said, describing such an inquiry. "Ask me any question under the sun, just afford me the right to be heard."