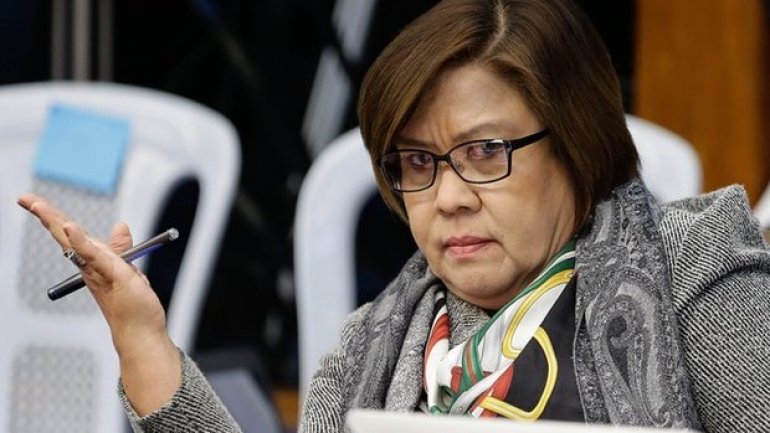 A leading member of the Philippines’ senate has called for an international criminal investigation into the country’s president in an effort to stop a vicious war on drugs that has killed more than 3,800 people since June, reports The Guardian.

Senator Leila de Lima, a human rights advocate and former justice secretary, has told the Guardian that foreign intervention was the only hope of putting an end to “state-inspired” extrajudicial murders that have terrorized parts of the population since president Rodrigo Duterte came to power four months ago.

In an interview De Lima urged world leaders to consider sanctions and the International Criminal Court (ICC) in the Hague to launch an investigation into Duterte and those who worked for him.

The senator fears for her own life after she was ousted last month as chair of an inquiry looking into the vigilante death squads targeting drug dealers and users, and her address and mobile number were made public.

De Lima has become the nemesis of Duterte, who swept to power in May on a mandate to enforce zero tolerance on drugs-related crime. He denies any links to extrajudicial murder, but critics say his inflammatory rhetoric has unleashed a wave of violence.

The president said he would “be happy to slaughter” three million Filipino drug users and peddlers, and has publicly urged citizens to “go ahead and kill” addicts and dealers.

About 1,500 of the dead have been killed in police operations, but most were murdered by unidentified assassins, leading to accusations that Duterte has allowed a state of lawlessness where criminals can settle vendettas with impunity.

Last month the Guardian reported how a serving senior police office had claimed that death squads were operating with official sanction in the capital, Manila, killing dozens of suspected drug users and pushers. The allegation has been denied.

Meanwhile Duterte has described innocent and child victims of the bloodbath as “collateral damage”. The youngest victim to date is Danica Mae, a five-year-old who was shot in the neck in August by a masked gunman targeting her grandfather.

Senator De Lima, a divorced mother of three and prominent lawyer, is Duterte’s fiercest and most high-profile opponent.

Her pleas for outside help come after her own efforts to expose what she claims is the truth of the bloody crackdown on drugs put her life in danger.

In August, as head of the senate justice committee, she launched hearings to investigate the surge in killings by vigilante gangs.

Her lone crusade won her many powerful enemies, not least the president, who told her first to resign then to hang herself.

In September the animosity between De Lima and Duterte erupted when she invited self-professed hitman, Edgar Matobato, to testify.

He alleged that Duterte had once shot dead a justice department official with an Uzi submachine gun and ordered the killing of criminals and political rivals while mayor of Davao City, in the south of the Philippines.

The president strongly denied the claims and apparent inconsistencies were found in Matobato’s cross-examination.

De Lima faced a backlash from Duterte’s supporters, led by Manny Pacquiao, the former boxing superstar, and now a senator. She was ousted as committee chair, then the death threats began.

De Lima has since been accused of corruption and links to drug lords. She has been subjected to a ruthless character assassination, full of sexually explicit slurs.

The senator has been threatened with the exposure of a “sex tape”, the existence of which has never been verified. Such personal attacks only revealed Duterte’s innate sexism, she charged.

De Lima feels she is fighting an “unwinnable war”, prompting her calls for international intervention.

Duterte’s war on drugs has already been condemned by the United Nations, European Union and the United States.

He responded with expletives, telling the EU “Fuck you” and calling the US president, Barack Obama, a “son of a whore”.