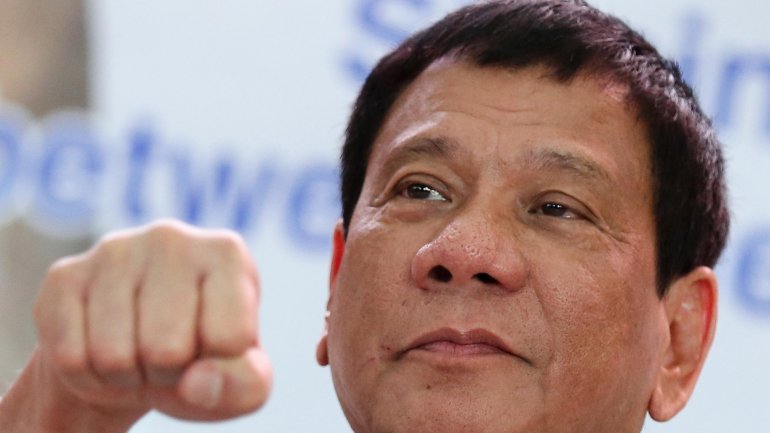 Philippine President Rodrigo Duterte warned on Monday that Islamic State militants driven out of Syria and Iraq could set up in his country, and if that happened he would forego human rights obligations to keep his people safe.

Duterte said the southern Philippine province of Mindanao was already a hotbed of rebellion and banditry and he was worried about "looming terrorism" and an influx of extremists who could exploit the insecurity.

"Once the terrorists of the Middle East are deprived of the land area, the real estate area where they can sleep ... they will wander to other places and they will come here and we have to prepare for that," he said during a speech at a law enforcement agency.

"Remember, these guys, they do not have an iota of what is human rights, believe me. I will not just simply allow my people to be slaughtered for the sake of human rights, that's bullshit."

Human rights have been a touchy subject for Duterte, who has vented daily fury at activists and Western governments that have shown concerns about his war on drugs and the high death toll.