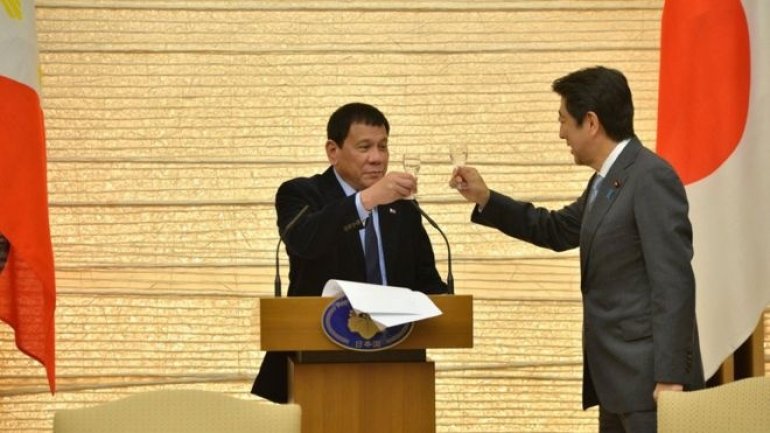 Philippine President Rodrigo Duterte says he has promised God he will clean up his famously vulgar language, BBC reports.

Arriving in his home city of Davao after a trip to Japan, Mr Duterte said God gave him an ultimatum on the plane.

"I heard a voice telling me to stop swearing or the plane will crash in mid-air, and so I promised to stop," he told reporters at the airport.

Mr Duterte's blunt speaking, often directed at the West, has contributed to his popularity at home.

He called President Barack Obama a "son of a whore", called the European Union "hypocritical", threatened to leave the UN and accepted comparisons to Hitler, saying he would gladly kill three million drug addicts.

All were responses to criticisms of his bloody war on drugs, that has seen thousands of alleged drug dealers and users killed by police and vigilante groups.

Duterte said he had promised God he would not "express slang, cuss words and everything", and said a "promise to God is a promise to the Filipino people".