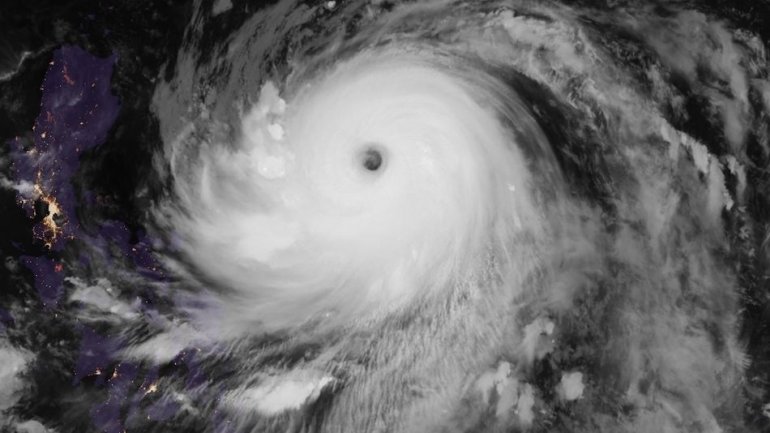 Super Typhoon Haima is blasting the Philippines with strong winds and heavy rainfall that could trigger landslides in the mountainous region of the northern island of Luzon, reports CNN.

The storm became a super typhoon Tuesday local time, with winds up to 270 kph - making the equivalent of a Category 5 hurricane.

It's the third strongest typhoon of this season, according to CNN Meteorologist Taylor Ward.

"Since this storm is very strong where, or if, it makes landfall in the Philippines will be very important. The area around the center will have extreme damage from the winds as well as a significant storm surge" said Ward.

The storm is on track to hit the north of Luzon midnight local time from Wednesday night into Thursday morning.

Though the storm surge and winds near the center of Haima will be catastrophic, the area of the coastline it's expected to hit is very sparsely populated, Ward said.

As many as 2.7 million people are expected to be affected by the typhoon across seven Philippine provinces.

Haima is then expected to veer northwest and hit the Chinese coast by Friday evening.

"Current projections take the storm into eastern Guangdong province, to the east of Hong Kong, but we will keep a close eye on Hong Kong in the coming days as some models take the storm fairly close," said Ward.

The storm will be much weaker by that point, though flooding could still occur.

Haima is expected to be the second powerful storm to pound the Philippines this week.

And according to data from the Joint Typhoon Warning Center, which goes back to 1950, this will be just the third time the Philippines will be hit by back-to-back storms with an intensity of Category 4 or above.

At least three people were killed as Typhoon Sarika crossed the archipelago north of Manila as a Category 4 storm Sunday. Almost 10,000 people were displaced, according to aid organization Care International.

On Tuesday, that weather system made landfall on the southern Chinese island of Hainan, prompting the government to close schools in the island province and suspend high-speed rail services, China's state-run Xinhua news agency reported.

Approximately 500,000 people were evacuated in advance of the storm, Xinhua reported.

Sarika has since become a weak tropical storm, but it inundated the island with 200-300 millimeters of rain in the past 24 hours, which caused significant flooding, Ward said.

The storm is expected to bring similar amounts of rain to northern Vietnam and southern China.