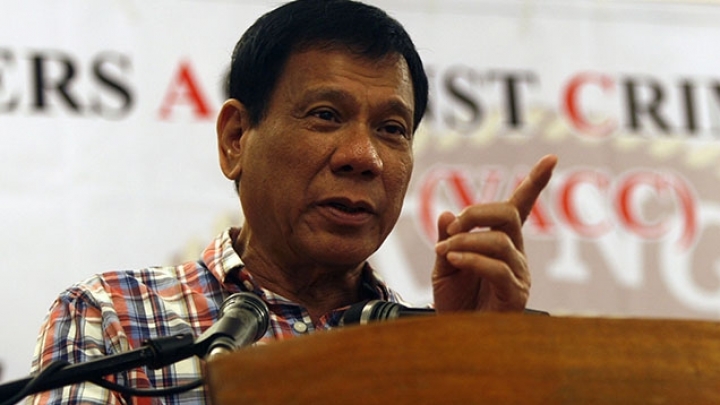 Philippine President Rodrigo Duterte on Monday called for the withdrawal of U.S. military from a restive southern island, fearing an American troop presence could complicate offensives against Islamist militants notorious for beheading Westerners.

Duterte, who was in the spotlight last week over his televised tirade against the United States and President Barack Obama, said special forces now training Filipino troops were high-value targets for the Islamic State-linked Abu Sayyaf as counter-insurgency operations intensify.

"These special forces, they have to go," Duterte said in a speech during an oath-taking ceremony for new officials.

"I do not want a rift with America. But they have to go."

He added: "Americans, they will really kill them, they will try to kidnap them to get ransom."

The comment by Duterte, a former southern mayor known for his terse words and volatile temperament, adds to uncertainty about what impact his rise to the presidency will have on one of Washington's best alliances in Asia.

Duterte wants an independent foreign policy and says close ties with the United States are crucial, but he has frequently accused the former colonial power of hypocrisy when criticized for his deadly drugs war. He denied on Friday calling Obama a "son of a bitch".

Some U.S. special forces have been killed in the southern Philippines since 2002, when Washington deployed soldiers to train and advise local units fighting Abu Sayyaf in Operation Enduring Freedom, part of its global anti-terror strategy.