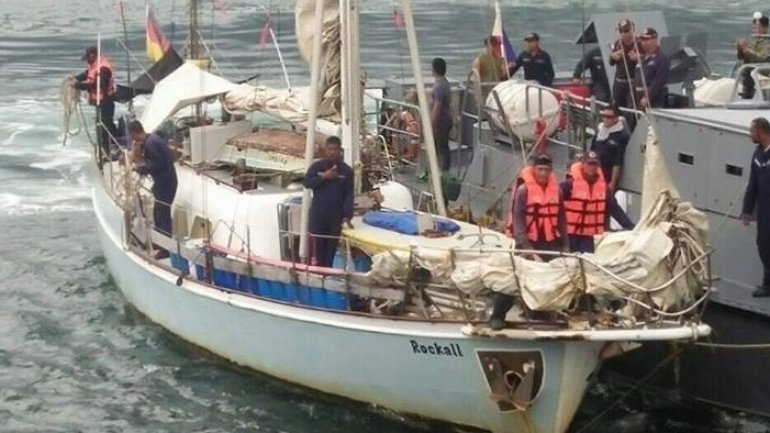 Philippines-based Islamist extremist group Abu Sayyaf says it has abducted a German man off the coast of Malaysia, according to the Philippine military.

Abu Sayyaf spokesman Abu Rami made the claim, saying Kantner had been kidnapped in waters off Malaysia's Sabah state, Tan said. Tan said he had heard a voice recording in which Kantner, 70, appeared to be asking about his female companion, believed to be Sabina Wetch.

On Sunday, residents of Laparan Island in the Mindanao island group discovered the body of a female foreigner believed to be aged in her fifties on a yacht bearing a German flag and the name "Rock all (sic)," Western Mindanao Command said on its Facebook page. Accompanying images show the name as "Rockall."