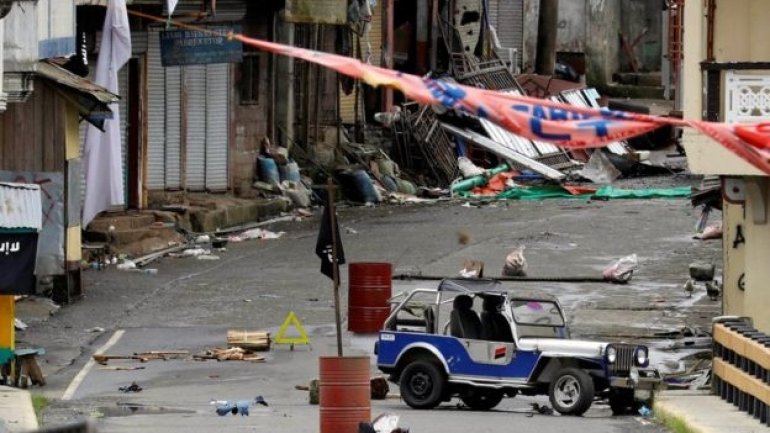 The Philippine military says it has made gains retaking Marawi city from Islamist militants amid clashes that have left about 100 people dead, according to BBC.

According to the military, militants now control only small pockets within the southern Philippine city.

But there are still reports of fighting on the ground and thousands of civilians trapped.

Nineteen civilians are known to have died. Some were found dead in a ravine with gunshot wounds to their heads.

Militants allied to the so-called Islamic State came out onto the streets of Marawi last week after the army attempted to capture a top militant leader.

Many residents fled the city as clashes erupted, but a local official said about 2,000 people were unable to leave areas held by the militants.