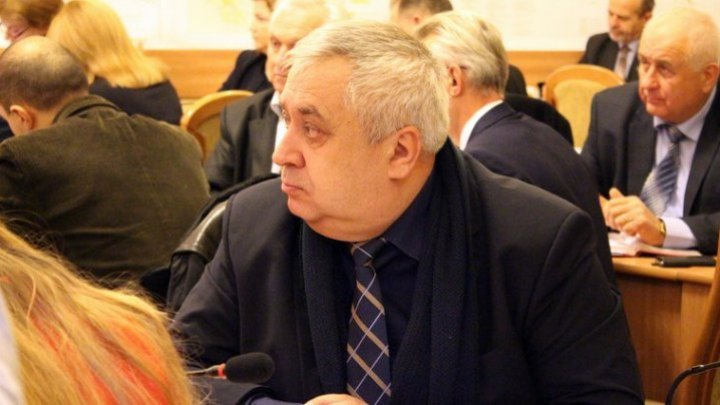 Chief of General Directorate for Housing and Land Management, Petru Gontea dismissed. The man hold this office for nine years. After dismissing, he claimed that after the snow fall of last week, the City Hall didn't intervene enough.

Gotea declared he returns to office of deputy director of the General Directorate for Housing and Land Management and hopes he will administrate this office better.

"We all know that we should change our positions once in five years. I was thinking about that for a while. I was called in function of deputy director and I decided to came back to my office and I will help new employees", said Petru Gontea, the chief of General Directorate for Housing and Land Management

"Now, we are in a difficult situation according to the management of the General Directorate for Housing and Land Management. The situation didn't occur because of the sidewalks that are covered with snow, we have management issues", declared Silvia Radu, the interim of the Capital.

At the session of the City Hall, Victor Gutim, the chief of the Central Market and Eliferii Haruţa, the chief of Green Spaces were warned.

Silvia Radu says it is impossible to clean all the parks and crowded zones of the city within five days.

"I come to work by walk each morning. It is almost impossible to walk in the Cathedral Park. Mrs. Haruta, I don't know when did you start to clean this park, but the ice layer is really thick", declared Silvia Radu, the interim of the Capital.

"We cleaned once and then, it froze again. This is why the layer is thick. We have a many parks to clean. 50 employees are not enough", said Eliferii Haruta, the chief of Green Spaces.

The branch of Central sector was also warned, because the perimeter of Central Marked wasn't cleaned.

"-What did you do with the Central Market zone? The are big ice chunks on the street", said Silvia Radu.

"The economic agents refused me five times, to intervene there. When I personally intervened, the situation have changed", said Oleg Poiata, the branch of Center sector.

"I want to warn the director of the Central Market. At the second warning, he will be fired", mentioned Silvia Radu.

In the last four days, approximately 300 persons got traumas because of the veneer.