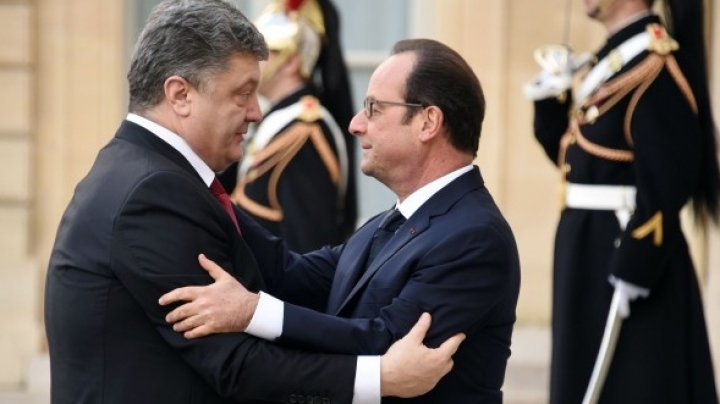 Ukrainian president, Petro Porosenko will have a working visit in Paris, where he will meet his French counterpart, Francois Hollande. The two presidents will discuss about the prolongation of sanctions of European Union against Russian Federation.

Porosenko tries to convince Francois Hollande that the sanctions are necessary for the settling of the crisis from the eastern part of Ukraine, occupied by the pro-Russian separatists.