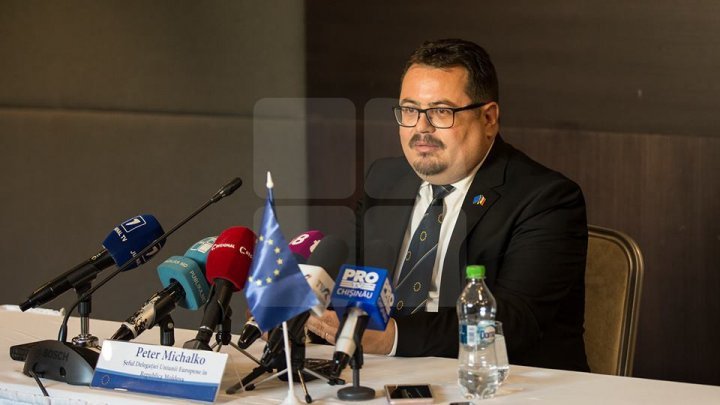 "We can see positive results from the free trade agreement. The amount of export grows in Republic of Moldova, which leads to better salaries. It makes people want to stay home and develop their settlements, cities, as the country's economy improves. We are glad that exports from Republic of Moldova to European Union rose by 66%" Peter Michalko declared.

The official also declared that there is still much to do at the chapter of combating corruption.

"We must continue to eliminate this phenomenon, corruption, from the society. Corruption must be eliminated from institution that have an impact upon the daily lives of people. From the justice system, local and state authorities, ministries" Peter Michalko stated.

According to Michalko so far, a date was not established when Republic of Moldova will receive the first tranche of the macro-financial assistance of 100 mln euro.