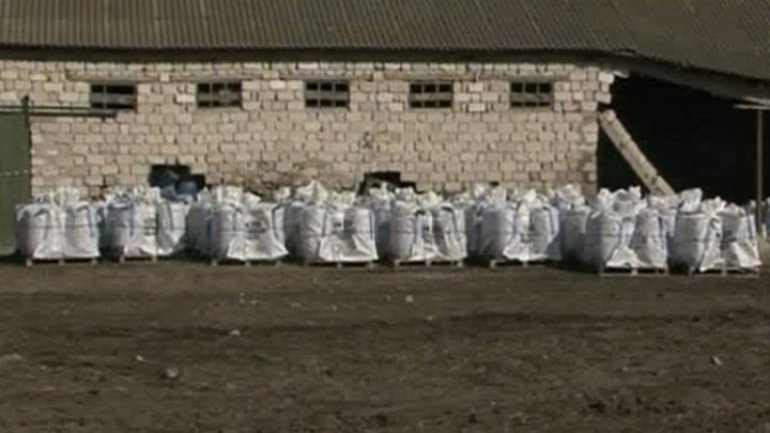 A million-euro sarcophagus to cover warehouse territory in Cişmichioi village, Găgăuzia will be built by the Czech Development Agency.

Then the problem caused by pesticide deposit near the locality could be solved which relieves the locals.

This solution was followed by a feasibility study by Czech experts.

Experts began research in autumn last year. At this time, they took samples from the ground and underground waters, which they analyzed in the Czech laboratory. The results of the study showed that the deposit, which spans a surface of two hectares, has 37 thousand cubic meters of pesticides and contaminated soil. According to specialists, this is not an imminent danger for those living in the area.

"It would be a risky thing if someone would cross this fence, otherwise they are all safe," said project manager Jiri Kubright.

The warehouse is 12 km away from the village of Cismichioi. Local people say they have always been afraid that they will get sick because of pesticides and can not believe the problem can be solved.

"I think it is a danger. The polygon must be destroyed." People can not build anything around.

However, both Czech experts and Chisinau authorities believe that the construction of the sarcophagus is a solution.

"The Czech partners have announced that they are ready to finance the isolation of this waste. I think the question with the largest pesticide deposit in the former Soviet countries will be closed," said PDM deputy, Corneliu Dudnic.

In our country, 37 pesticide storages were built. Since 2000, their liquidation has started, and now there are still three ones remaining, two of which in Ungheni and Sângerei districts.