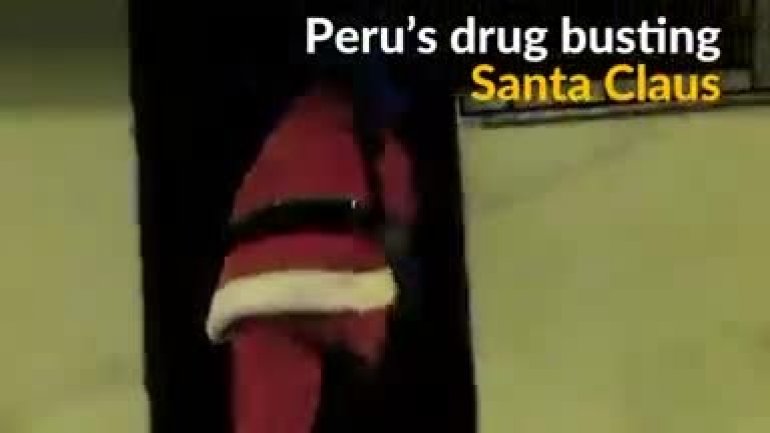 Video footage showed how the disguised police members, from an undercover police group, took weapons out of their Christmas sack before raiding the property where the alleged criminals were hiding, according to abc.net.au.

According to local media reports, one of the detainees was named as Victor Pinto Carrasco, 60. The others are reportedly related to him.

The suspects had allegedly used their homes in the district of Comas as a drug dispatch centre to gangs, criminals and addicts in the area of Collique.

Police escorted the arrested men into a waiting police vehicle.

As one of the arrested men was being led out by police, a woman was heard shouting abuse at him, telling him: "I told you moron! I'm going to make your life hell, I can assure you! I told you! You are evil!"

Colonel Jorge Luis Angulo, chief of the Green squad in charge of the raid, said using disguises in the operation facilitates the elements of speed and surprise.