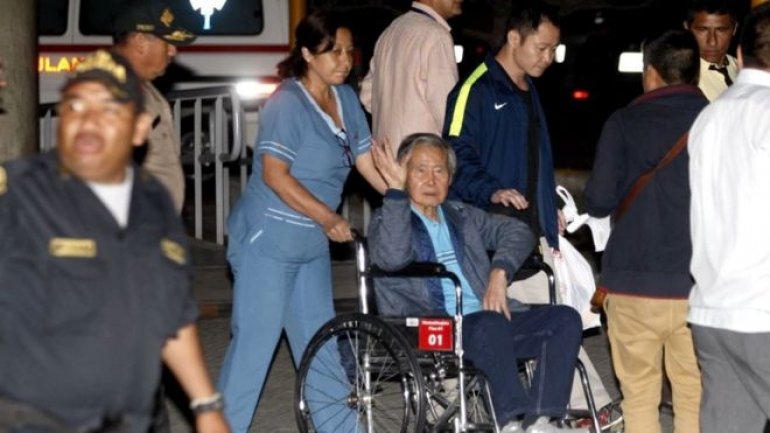 Days after his early release from custody, Peru's controversial former president, Alberto Fujimori, has called for unity against crime and violence, wrote BBC.

"We'll be in a country in which security is regained and violence eliminated," he tweeted.

Fujimori was freed on Thursday on medical grounds, a decade into a 25-year sentence for rights abuses and corruption.

In several tweets after his release from hospital where he was being treated for a heart condition, Mr Fujimori appealed to his right-wing base.

"We'll be in a country in which security is regained and violence eliminated. We can only achieve these goals by setting aside special interests and opportunism.

"I'm constantly invaded by dreams and want to share them," he said. He went on to describe a nation free from "grudges" - widely seen as a dig at his opponents.

It is unclear if Mr Fujimori can legally play a role in Peruvian politics and experts are examining the issue.

Some argue that as the pardon was granted on medical grounds, he should not be allowed to resume a political career. But others see no legal impediments to him returning to politics.

Fujimori's doctors say the former president has a serious heart condition and will be following a strict health regime.

President Kuczynski has come under fire over the pardon, which he granted on 24 December.

However, her brother Kenji split the FP vote, allowing the president to stay in power and prompting the accusation that Fujimori's release had been promised in exchange. Mr Kuczynski denies the claim.

Fujimori is a deeply divisive figure in Peru, respected by some and reviled by others for his government's crackdown on two violent insurgencies during his tenure from 1990-2000.

An estimated 69,000 people died in the conflict between left-wing insurgents and Mr Fujimori's authoritarian government.

In earlier comments soon after his pardoning, Fujimori struck a humbler tone.

Speaking from his hospital bed, he said he was "deeply grateful" and asked for forgiveness from Peruvians he had "let down".