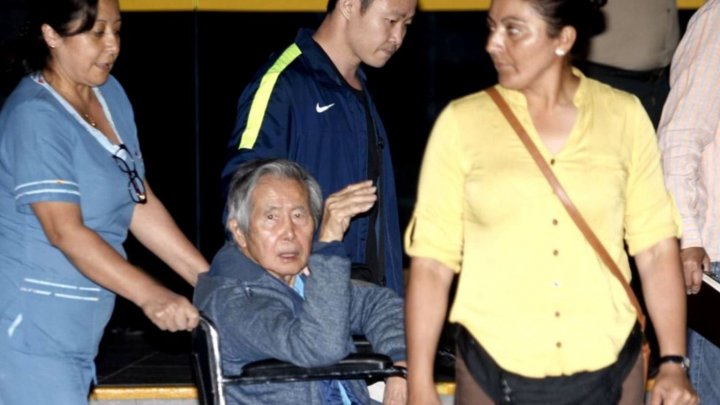 Peru's ex-President Alberto Fujimori has been ordered to stand trial for the 1992 killings of six farmers.

It comes just over a month after he was released from prison, where he was serving 25 years for human rights abuses and corruption.

The 79-year-old was given a pardon on health grounds but the court in the capital Lima says this does not apply to the new case.

He says he is innocent and will appeal against the court's ruling.

His daughter Keiko Fujimori, who ran for president in 2016 but was defeated by current President Pedro Pablo Kuczynski, said that she was confident that her father would be acquitted.

She also said that the decision should "not be an excuse to jail a man of advanced age and fragile health, Alberto Fujimori deserves to confront this while free".

The court also wants to try 22 others for the death-squad killings.

When President Kuczynski granted the pardon in December, there were street protests in the capital, Lima.

Fujimori is a deeply divisive figure in Peru, respected by some and reviled by others for his government's crackdown on two violent insurgencies during his tenure from 1990-2000.