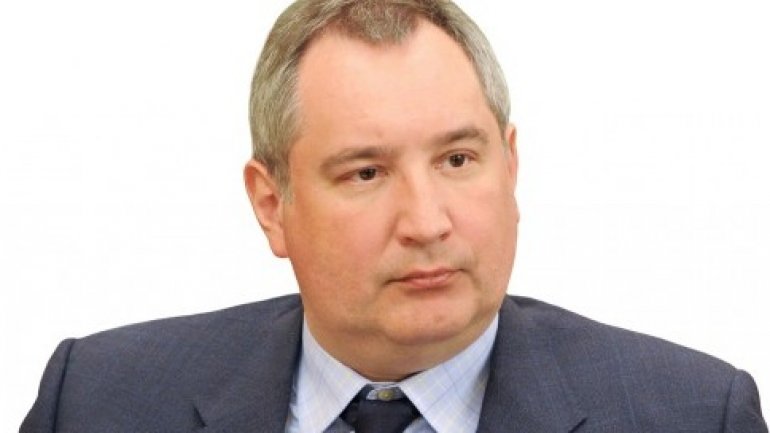 There is no way that the persona non grata status will be lifted off Russian's Deputy PM Dmitrii Rogozin. Is a declaration made by Parliament's President, Andrian Candu during a press briefing at PDM.

Andrian Candu kindly answered the journalists question of whether the status of persona non-grata can lifted off Dmitrii Rogozin:

"There is no way for this to happen. He gravely offended our country and our people" said Candu

Read more at: Parliament and Government will not attend next Supreme Council of National Security meeting (updated)

PUBLIKA.MD reminds that Parliament's President, Andrian Candu and the Prime Minister Pavel Filip will not be attending the meeting of the Supreme Council of National Security. The decision was made after President  Igor Dodon, wished to include the subject of declaring Russian's Deputy Prime Minister, Dmitrii Rogozin a persona non-grata.

Russian Deputy Prime Minister Dmitry Rogozin was declared persona non grata on the territory of the Republic of Moldova in the beginning of August.

The decision was made by the Minister of External Affairs, Andrei Galbur, who accused Rogozin of making defamatory remarks about a Moldovan governmental delegation in an interview with a Russian television channel.

Recently, Dmitry Rogozin used less diplomatic language while he mentioned Chisinau government delegations in the negotiation conducted half of year ago. Russian Deputy Prime Minister Dmitry Rogozin declared that Moldova's authorities wished to speak regarding many unimportant issues of our citizens, but refused to communicate on matters that were truly important to Kremlin.

A year and a half ago, we were visited by a Government's delegation from Chisinau. The negotiators were like gypsies, they talked about all the problems: transit, immigrants, export of apples and wines. Nevertheless, when we touched important issues, they hid like mice" Rogozin said.

Russia's current Deputy Prime Minister Dmitri Rogozin is a former militant who fought for the separatists during the Transnistrian war back in the 1992. The Russian politician recognizes this himself in his book, ”Vrag Naroda” (A People's Enemy), published in 2006. Also, in the aforementioned book, Rogozin calls the Moldovans and Romanians who fought against the pro-Russian breakaway separatists – nothing short of fascists.

Dmitri Rogozin tells in his book that he first came to Transnistria in May of 1992. He then returned to Moscow and gathered militants eager to participate in the War on the Dniester. In June of that same year, he returned with a detachment of Russian and Ukrainian volunteers following the Dubasari-Ribnita route. It was there and then that he met Russian general Aleksandr Lebed, commander of the 14th Army, who, according to Rogozin, had a crucial role in the Transnistrian War. Rogozin called the Russian separatists from the left bank of the Dniester – "a glorious people" and accuses the countries of the world of not recognizing the Transnistrian Moldavian Republic, thus depriving its people of the right to self-determination.

Recently, Dmitri Rogozin made rude remarks toward the Republic of Moldova and Romania, also threatening  both countries. The most recent threats were made a few days ago, when the the Russia's Deputy PM should have arrive in Chisinau, for the celebration of 25 years since the peace maintaining troops in Transnistria were created.

The military aircraft carrying Russian Deputy Minister Dmitry Rogozin, made a return to Russia as a result of airspace ban issued by several countries, including Romania.

Rogozin's reaction came to no surprise. On his Twitter page, the deputy PM claimed that by banning the plane, Romania put at risk the lives of the passengers. The message was finished with the threat: "Wait for answers, you jerks!"

Following the incident the Russian's deputy PM continued to address threats toward Chisinau and Romania, in various interviews on Russian channels.

"With the given chance, I wish to mention that in case at least on Russian citizen will suffer, there will be hell to pay."

In fall 2013, during a press briefing at Chisinau, Rogozin warned our country. A few months before Moldova signed the European Union Association Agreement, Rogozin mentioned our country with the words: "Let us not forget that winter is near, hope for your sake it will not be a harsh one".

"Energy is important, especially during winter. I hope for your sake it will not be a harsh one" mentioned the official.

Dmitri Rogozin became Russia's deputy PM in 2011. Not long ago, he represented his country in a NATO meeting.  The official is an active supported of the authorities from Tiraspol.