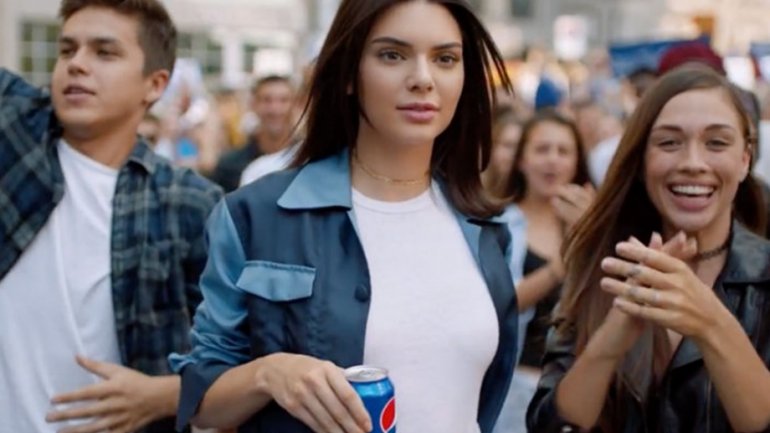 Pepsi has withdrawn and apologised for a new advertising campaign featuring celebrity and model Kendall Jenner. It follows a backlash for a video that has been accused of undermining the “Black Lives Matter” movement against police brutality, Euronews informs.

In it, Jenner leaves a photoshoot to join protesters calling for love and peace, before handing a can to police as a peace offering. The officer cracks a smile and the crowd cheers.

Critics claim it paints a “privileged, white” supermodel as a peacemaker between civil rights activists and police, all in the name of selling cola.

In particular some have suggested the ad looks similar to a picture of Leshia Evans who was charged by riot police in Baton Rouge, Louisiana, in 2016.