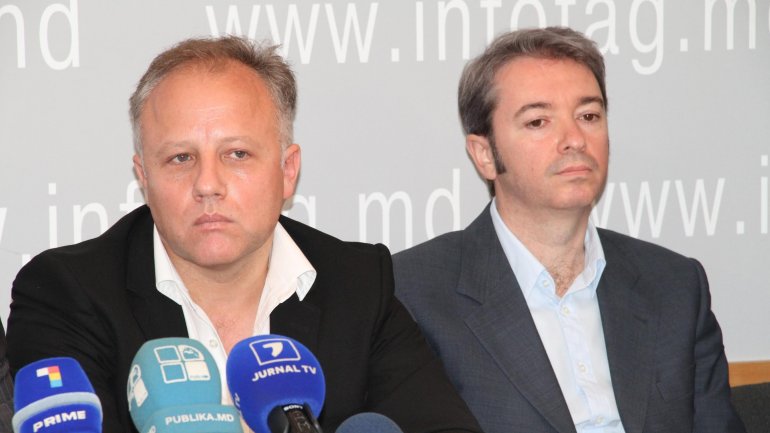 People are condemning the intent of some political forces to destabilize the situation in the country. The citizens want stability and claim that the Government actions started to show results and only through progress people will have a better life. The reactions appeared after an investigation conducted by the portal Today.md exposed the intent of fugitive mobsters Victor and Viorel Topa, together with other external forces, to organize new diversions in Moldova.

Publika TV reporters asked people on the street their opinion on the eventual challenges, and the answers were categorical. The country needs peace and prosperity:

"There is no need for disorder. It was already chosen, it was ruled. Let's move forward."

"It's enough, people are tired already. We have to go forward on one road."

"People, through their nature, want everything at once. - Do we have to wait a bit more? - Patience. The changes are seen."

"I support the governance to work further."

"I also don't have faith in Usatii. I don't know what kind of mayor is he if he let the city and went somewhere to relax."

"For sure there is no need for protest"

"Our country does not need these shocks. Our country had a lot of bad things."

"-What can we say about politicians who are trying and calling out to more radical protests? - I think that our people are politically mature and each decides for himself. We already matured and know to distinguish good from bad."

An investigation of the portal today.md shows that the leader of DA Party, Andrei Nastase, and the team of Jurnal TV, owned by fugitive mobsters Victor and Viorel Topa, are preparing new actions of destabilization in the country. According to the source, recently, the godson of Topa fugitive, Andrei Nastase went to Frankfurt and Moscow where he met the sponsors of the Chisinau protests and Renato Usatii. Afterwards, the same path was done by the employees of Jurnal TV, Val Butnaru and Anatol Durbala.

In 2016, Andrei Nastase, together with the members of Dignity and Truth Party organized many protests, some of them violent. The media writes that these were paid by fugitive Victor and Viorel Topa and were organized in order to destabilize the situation in the country.