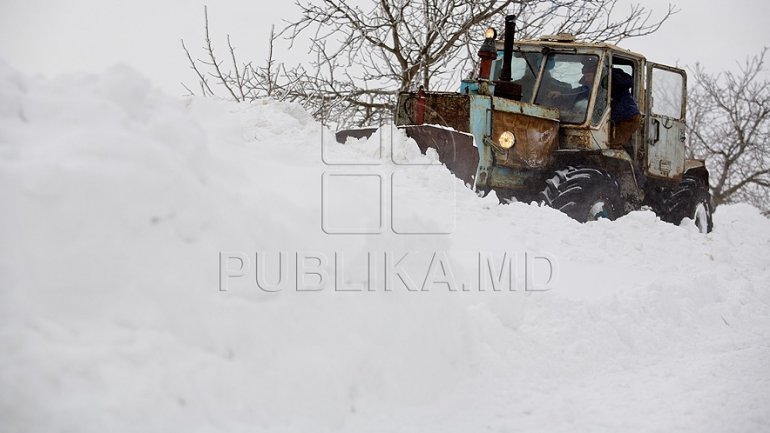 The snowfalls and frost from the last few days covered the entire country, and many people needed the help from rescuers and policemen. A pregnant woman from Comrat was brought on stretcher to the hospital after the ambulance could not get to her because of the 2-meters snow drifts.

A bus in which was a family with three children was taken out from the drifts by policemen. It happened at the exit from the Tomai village, Leova district.

Also in Leova district, near the village Hanasenii Noi, a car with two underage persons aboard was taken out from the snow.

A man riding a bike also needed help. He was observed by the policemen patrolling the zone. He was brought home by car.