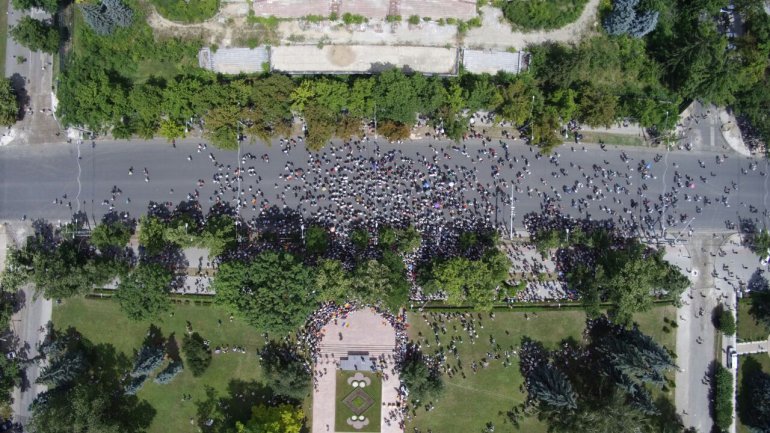 The drone images highlight the lack of interest of PAS, DA and Our Party supporters at attending the protest against the change of electoral system.

There were few who gathered compared to the thousands who supported the mixed electoral system, according to the moldova24.info.

Maia Sandu, Andrei Nastase and Renato Usatii could not even bring in a thousand people, and the pictures above clearly show this.

According to the police, over 2,000 persons gathered in front of the Parliament.