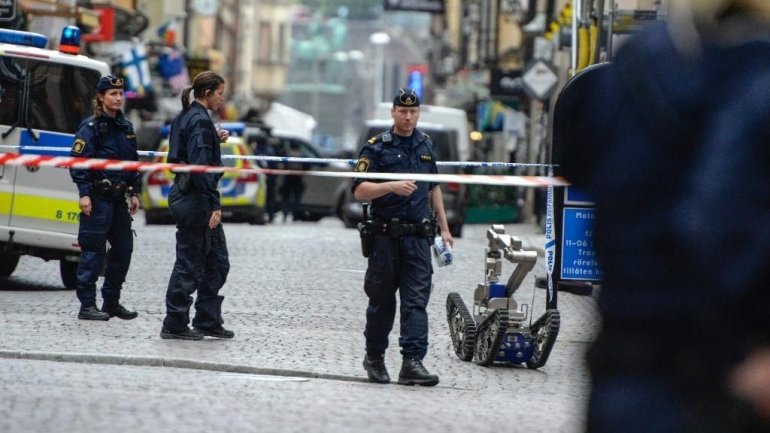 A truck has driven into people on a street in Central Stockholm, according to local reports.

A vehicle reportedly drove onto the pedestrian street Drottninggatan.

There are reports of casualties on the well-known shopping street, according to Aftonbladet.

Emergency services are attending the scene and people are still running from the area.

"We have received the data and the initial data on injuries", Towe Hägg of Stockholm police told local media.

A journalist for Aftonbladet said that police in the area drew their guns but it is not yet clear what happened.

A shocked witness told Swedish Television News they saw two people lying on the ground after the truck ploughed through the pedestrian street.

They said: "We walked past and then there are two people on the ground.

"Then the truck continued on Drottninggatan, then we did not see where it went."