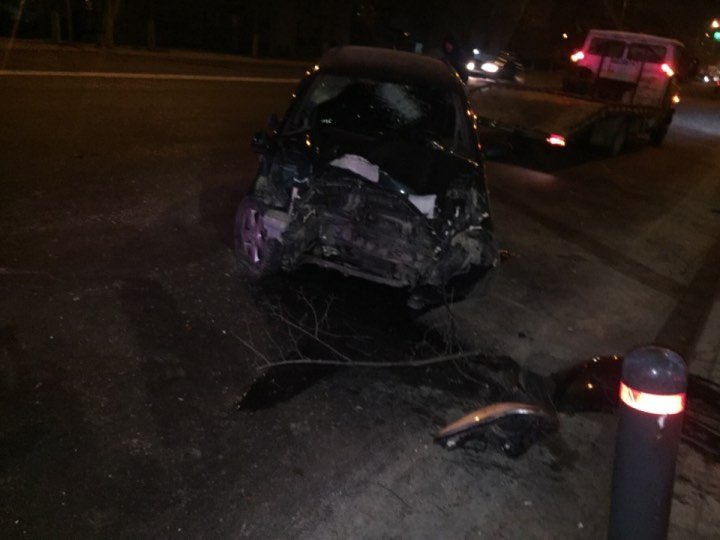 A horrible car accident took place last night, at the intersection of Mihai Viteazul and Albișoara Streets, from Râșcani Sector of the Capital. Two cars have collided resulting in one being pushed into the pavement, hitting a stall and stopping at a bus station. The guilty driver fled from the site.

The second, 19-year-old driver, required medical assistance. He claims to have attempted to avoid the impact, but the driver coming toward him ignored the signals.

"I was going from Bucuria. I was on the first lane, on 3rd gear and started signaling him with the headlights, but that person didn't react and we collided. Afterward I was told that after the impact, I hit the brakes and ended up in a bus station" one of the drivers declared.

Eyewitnesses were horrified by the accident.

"I was watching television and decided to look outside, saw the crashed car and went to investigate, the impact was awful."

Police officers are trying to find the second driver. If found, that person risks a criminal file.

Also last night, another two people were hospitalized after their car crashed into a tree. The accident took place on Renașterii boulevard, near the Circus.

According to the police, the driver lost control over the vehicle and now risks a fine and 6 penalty points.