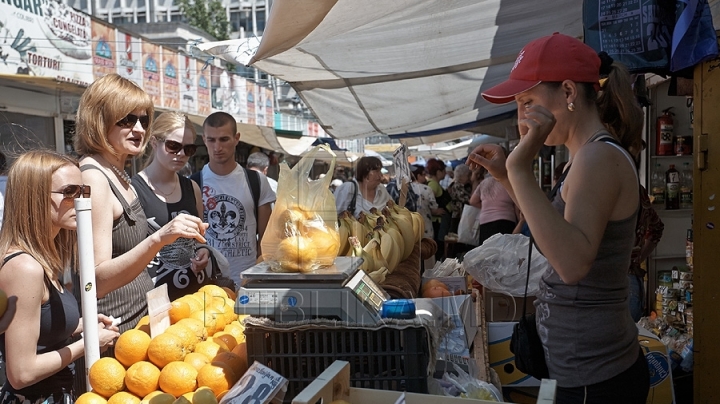 Jumping over the fence in order to enter the farmers' market. It is happening in Balti, where the administration of the market placed on Dumitru Caraciobanu street, known as “Baiducova”, has blocked the direct access from the parking lot towards the market.

Thus, vendors have to carry the goods tens of meters to the stands, and the buyers avoid buying large things.

According to people, the administration of the market took this decision in order to favor the interests of Serghei Pcela, a official of Balti city hall, which manages another parking lot nearby. Moreover, Serghei Pcela is a person close to Renato Usatii.

The vendors say that the decision of closing the parking lot near the market gate caused big loss. Bigger outrage was caused by the fact that the orders were given by Balti mayor, Renato Usatii, even though he promised better working conditions during his campaign.

The employees of the parking lot near the market say that the local authorities closed the secondary gate in order for drivers to leave their cars in the parking lot managed by Serghei Pcela, the deputy director of Municipal Enterprise, which is responsible for road rehabilitation and construction. He was named by the mayor Renato Usatii.

The employees of the parking lot in front of “Caraciobanu” market confirmed the fact that Serghei Pcela is the new manager for approximately one month.

Market administration denies the fact they favor the interests of Serghei Pcela.

When asked by Publika TV, Serghei Pcela denied all accusations. He told on the phone that he might give more details on Monday. The colonel Serghei Pcela also worked in the position of chief of North department of the Organized Crime Control Direction of MAI until September 2013. A year before the Anti-corruption Centre announced that the chief of this division and other two employees were caught with bribe.