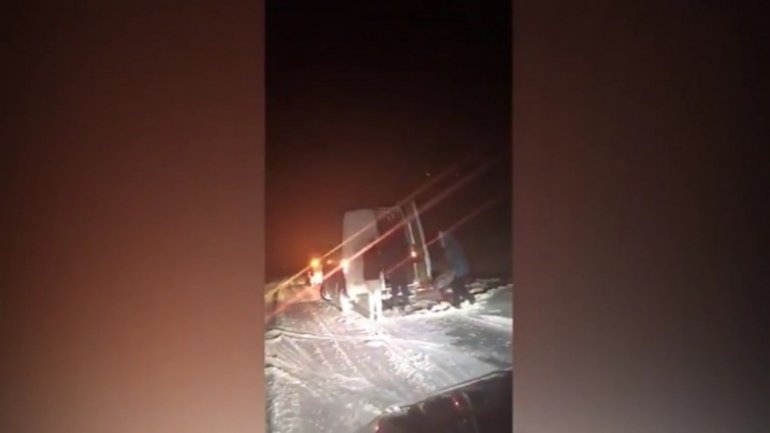 The non-skid material from national roads is stolen. One case was recorded and sent to the Deschide.md news room.

It happened two days ago, at four in the morning near the village Peresecina, Orhei district.

A load minibus and a truck were parked on the roadside, and the drivers and passengers from the two vehicles were loading the non-skid material knowing they were recorded.

When asked by witnesses why are they doing this, the persons said that they needed load in order to not skid on the road, a hardly believed thing taking into account the seemingly sufficient bags seen from the minibus' opened door, which looked more like a non-skid reserve than a load.

Both cars had foreign registration numbers, even though the drivers presented themselves as Moldovan citizens. They were speaking Russian.

Orhei police declared that they did not register any theft of non-skid material, but advised people witnessing such things to call police.