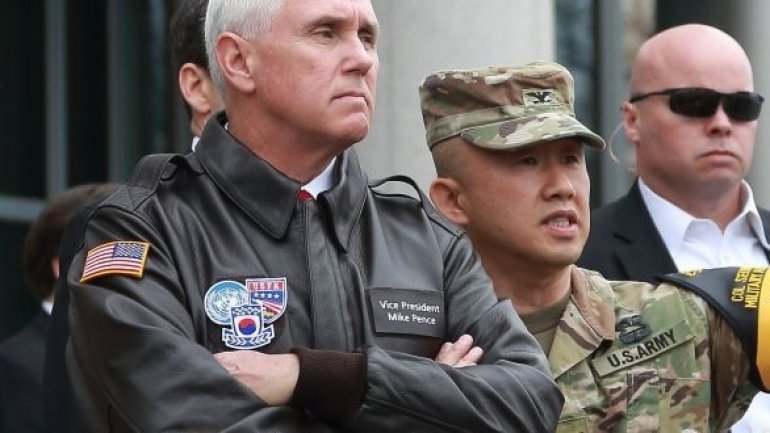 US Vice-President Mike Pence has said his country's "era of strategic patience" with North Korea is over, BBC.

Mr Pence first made the remarks at the demilitarised zone (DMZ), the area dividing the two Koreas, during a visit to South Korea to reaffirm ties.

His visit comes amid escalated tensions on the peninsula, with heated rhetoric from both North Korea and the US.

He arrived in Seoul on Sunday hours after North Korea carried out a failed missile launch.

On Monday, the US and South Korea launched a joint air force military exercise to ensure readiness against North Korea, according to South Korean media.

Mr Pence, whose father served in the Korean War, visited the truce village of Panmunjom, where the war's armistice was signed.