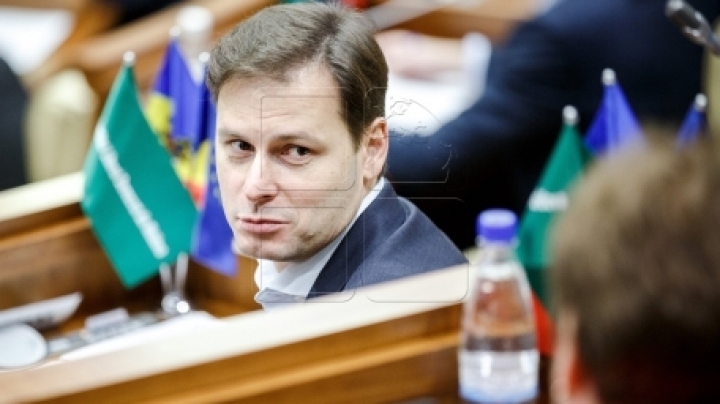 PLDM legislator Chiril Lucinschi, one of the beneficiaries from the theft from Banca de Economii, announces he will support the censure motion against the Filip Cabinet. And this in the context where the PLDM's ministers had voted to allocate the emergency loan to the banking system, politics.md writes.

The site maintains even Lucinschi himself "put his hand into” Banca de Economii (BEM.) According to documents earlier published in media,  Chiril Lucinschi’s press outlets had been funded from the BEM’s money. More exactly, upon Vlad Filat’s instruction, Ilan Shor had extracted over $440,000 from the banking sector and had transferred them onto Chiril Lucinschi’s company’s account.

Later the money was used to finance media projects, including the ones of Natalia Morari, the MP’s concubine.

Thus, according to the investigations, from 28.11.2012 through 23.10.2014, the group of the companies belonging to Ilan Shor: TOMTON TRADE CORP, PRIMOTEKS IMPORT and HEZBURG LLP (with accounts at ABVL BANK and AS PRIVATBANK) transferred $440,100 to the company IPA International Project Agency (The Netherlands, accounts ta Vervaltungs-UND Privat-BANK) belonging to Chiril Lucinschi, a PLDM parliamentarian and the son of ex-president Petru Lucinschi. The money was transferred on the basis of fake consulting services contracts.

From that scam, the deduction is that Lucinschi used the money finance TV7, TNT BRAVO and adjacent projects, including the ones of his concubine Natalia Morari, who, through the agency of MEDIA SAPIENS, provided services to ANALITIC MEDIA GROUP (a company holding TV7.)

It’s worth mentioning that the name of Chiril Lucinschi’s father, former president Petru Lucinschi appears in the Kroll report on investigating into the theft of the billion.