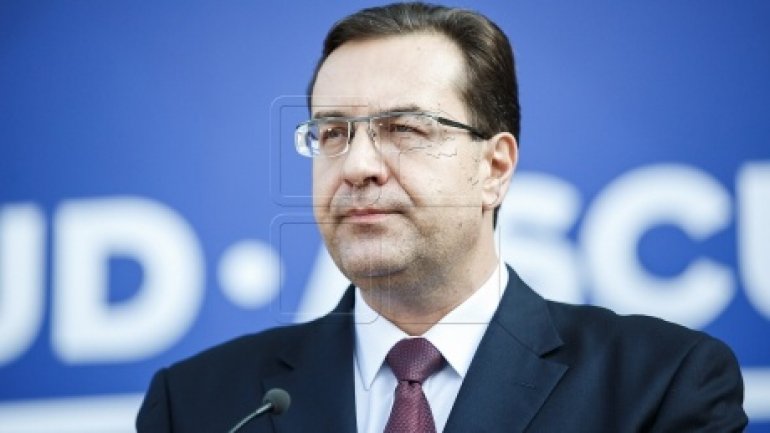 Marian Lupu withdraws from the presidential race. He has told a press conference more support must be given to a pro-European candidate, but has given no name.

He suggested the PAS runner Maia Sandu may defeat the Socialist Igor Dodon in the second round. Lupu says he will support the pro-European candidate.

The first deputy president of the Democratic Party, Vlad Plahotniuc, has also attended the media briefing.

"Late opinion polls show Maia Sandu is more representing. The decision may be shocking for some, but it's logical. It's for the country's major interest," he said.

"By this decision we want to strengthen the European course of the country and modernize it. If the polls show there is another competitor with more chances to secure this victory, we as a party show we can make decisions important for the country. The decision comes after consulting with people from districts, with European partners. The PDM's backing an opposition candidate to win the elections will strengthen the political stage," Vlad Plahotniuc stated.

Referring to reseraches, Marian Lupu has said appointing a single right-wing candidate has not yielded the expected results.

"Probably because it was done too lately, a share of the DA Party's voters have not strengthened the right wing, but the left wing. Neither Maia Sandu's growth has been significant, we have had the same chances to get to the second round," the PDM president said.