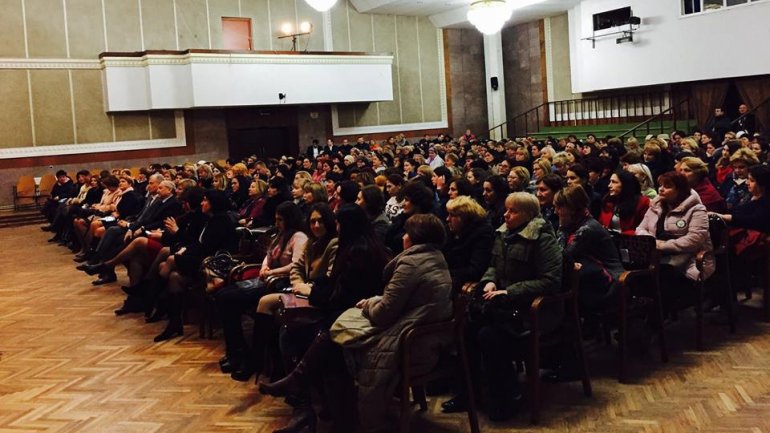 A representative of PDM's women's organization: "We need more women in politics".  They have participated at a meeting organized for members from Ciocana sector of the Capital. Within the event, the organization gained a new leader, while 40 women joined PDM.

With unanimity, teacher Ana Berezovschi became the new chief of this organization.

"It made me gain self-confidence. I am a teacher and know that it is a lot of work to maintain democracy in our country" President of PDM Women's Organization from Ciocana, Ana Berezovschi declared.

The new members of the party claimed that they chose to join the democrats because it is a worthy party and only it can bring changes.

The meeting was attended by around 400 women, out of which 200 are already members of PDM.

"A cultured society, it can be developed only when politics have more women. It is very important to support and encourage them, while also promoting those who managed to succeed in Republic of Moldova" President of PDM Women's Organization, Valentina Buliga announced.

"We have many wonderful women, local councilmen, regional presidents, ministers, deputies. Women, that are simply very active in civil societies and it pleases me. We must promote and help them, those who wish to participate in political activities" PDM Municipal Women's Organization president, Monica Babuc said.

Male politicians do not realize the important role women have in this field.

"Politics needs women, because their participation makes it more valuable and is directly linked to the quality of governing, because the acts of a woman are made with precision and grace" deputy Simion Pleşca explained.

PDM Women's Organization from Moldova has over 27 thousand members.