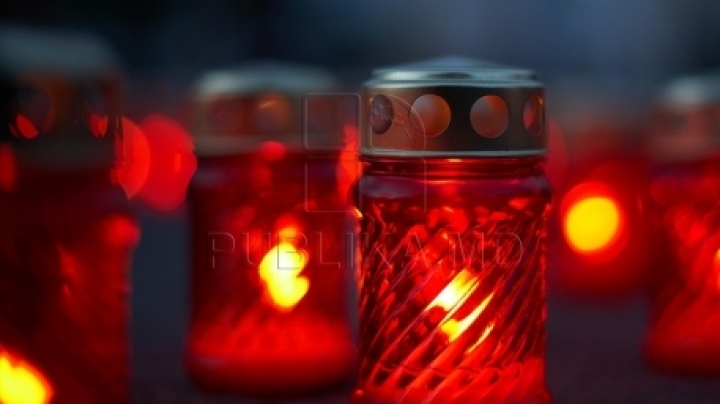 The victims of the terrorist attacks of September 11, 2001 are commemorated today in our country. Many politicians and ordinary citizens came to the United States of America Embassy in Chisinau.

They laid flowers and sent messages of sympathy to the American people.

"Vasile Alecsandri" high school students in the capital laid flowers and lit candles outside the US Embassy. Young people held a moment of silence.

"Peace remains today the most important value of humanity, is the most important priority for state policies of all countries of the world. That's why we teach young people to understand that terrorism is a nuisance" , said "Vasile Alecsandri" director, Daniela Vacariuc.

"It was a very bloody act with no meaning. It was an attack on civilians."

"They have affected ordinary people, innocent people, people who wanted peace, who came to the service"

The team of the Democratic Party, headed by President Marian Lupu laid flowers at the diplomatic office.

"We came together with the team to have a moment of silence in memory of innocent victims of that terrorist act and to show solidarity with the American people and US authorities. This phenomenon we must strengthen all of us as a force, and large countries and small countries ", said President of the Democratic Party, Marian Lupu.

Prime Minister Pavel Filip and I conveyed the message of compassion US Vice President Joe Biden. Chief Cabinet Chisinau paid tribute to victims of the tragedy and said that the people of our country is with those who have suffered.