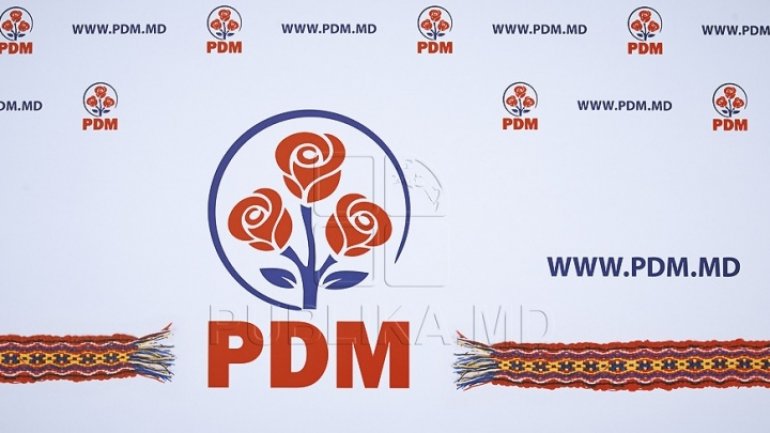 "We find that the visit of the head of stated turned out to be a party-style trip, in which President Igor Dodon has rather presented the message of the Socialists Party PSRM and its political projects. The head of state has not acted as a president of all the Moldovans, he has neglected the wish of the majority of citizens, who, at the last parliamentary elections, voted to continue the European path of the Republic of Moldova, and for implementing the Association Agreement with the EU," read a communique issued by the PDM.

"We consider Moldova must the soonest possible get out of this debate between the pro-Europeans and pro-Russians, our challenge now is to show what each of us can do for the country, so as to efficiently use the external assistance we get, regardless of the direction it comes from.

Moldova will be European through the way it will modernize. It will have better relations with Russia through the way in which solutions for the Moldovan migrants there are found, but also through the joint ability of solving the problems partially blocking our economic cooperation.

Therefore, in our view, the external policy must not edge up to tough statements, but promote efficient cooperation with development partners, out of which to gain maximum benefits for the Moldovans.

Therefore, the PDM condemns the way in which the Republic of Moldova has been represented in Brussels by President Igor Dodon. His statements there are totally different from the provisions of the foreign policy strategy promoted by the Moldovan Government and the Parliamentary majority, they run counter the country’s and its citizens’ interest.

In order to remove possible confusion generated by the latest actions of President Igor Dodon regarding Moldova’s foreign policy, the PDM has already prepared a document reconfirming the most important commitments from the country’s development strategy, also regarding our external partnerships as the Association Agreement with the EU or the program with the IMF. This document is to be presented to the ruling Coalition, then debated and passed at the first plenary sitting of the Parliament this year.”