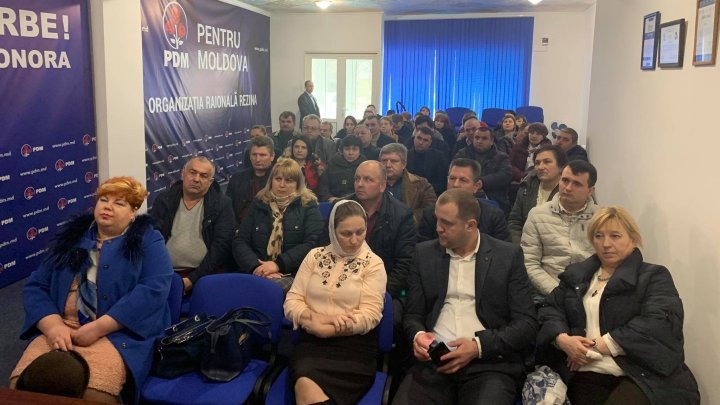 The members of PDM Rezina district organization left the party and declared support for the parliamentary group and the future political project "PRO MOLDOVA". The announcement was made by Sergiu Sîrbu on his Facebook page.

PUBLIKA.MD recalls that the six MPs who left on Wednesday the Democratic Party announced yesterday the formation of the parliamentary group "PRO MOLDOVA". The announcement was made in the parliament meeting. 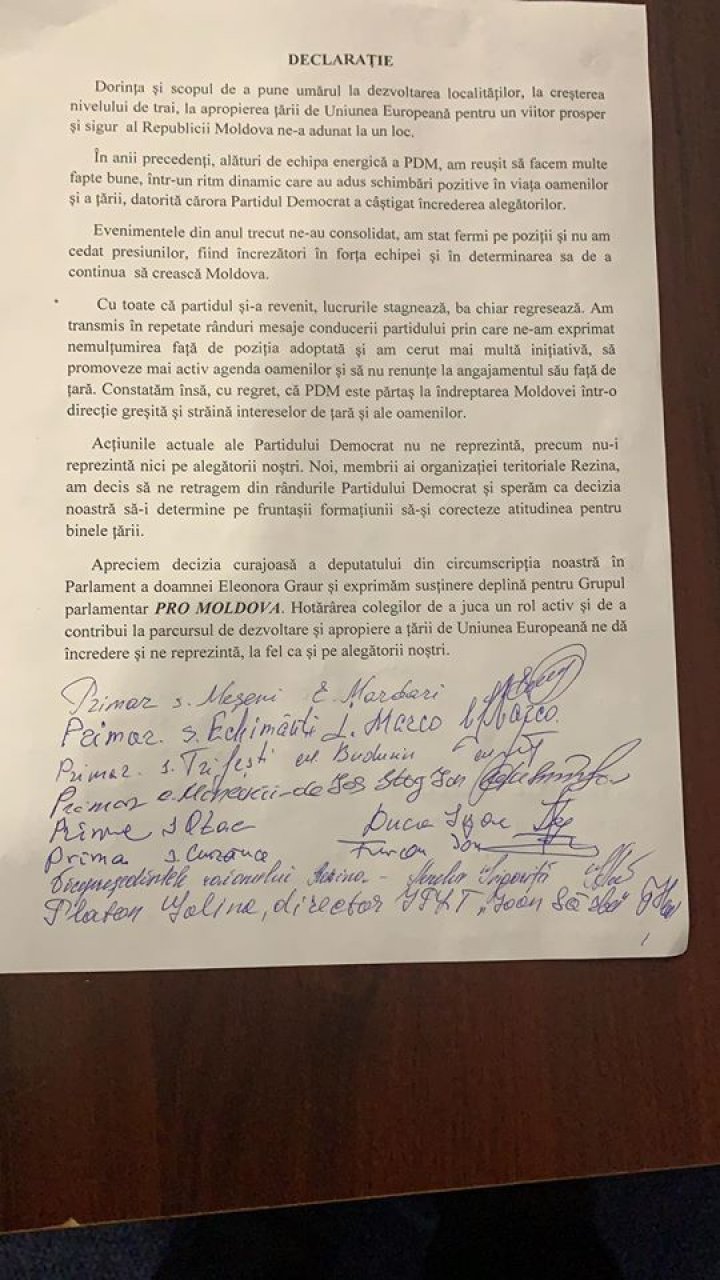