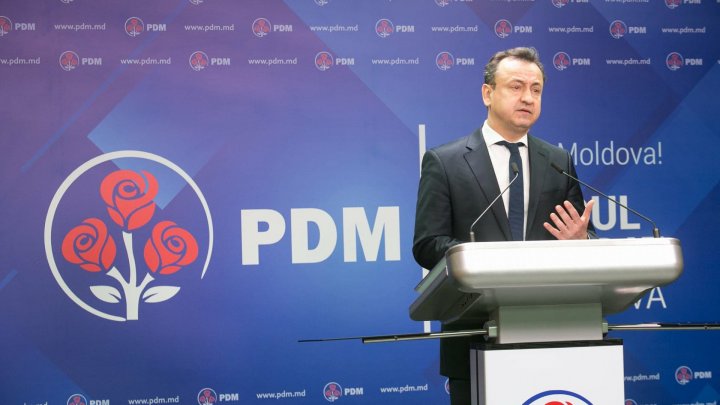 PDM believes that the resignation of Mayors from Bălţi and Chişinău is a welcomed change. Those two cities from Republic of Moldova will now be rid of captivity and people will be able to vote new Mayors, who will do their job, stated the party's spokesman, Vitalie Gămurari.

"The resignation of the Chisinau's mayor was discussed. In the context of the future elections in Chişinău and Bălţi, of course this subject was discussed. PDM appreciated, even if a bit late, the decision of the two mayors, simply because unfortunately, in the past few years, both cities were implicated in multiple issues: chaos, political fights, corruption. Here, we appreciate the possibility for citizens of both municipalities to chose new Mayors, who will do the work of a Mayor" PDM spokesman, Vitalie Gămurari declared.

According to Gămurari, president of PDM, Vlad Plahotniuc, has requested local organization from Chişinău and Bălţi to draw up within a week an analysis regarding all the expectations of the citizens from both cities.

"I speak more of Chisinau. What are the visions and unpleasant moments that citizens have encountered in the past few years. After this analysis will be made, after PDM will decide upon its position in this matter, we will offer a press statement" Gămurari explained.

PUBLIKA.MD reminds that at the end of last week, Dorin Chirtoacă has submitted his resignation letter as Mayor of the Capital.

Fugitive Renato Usatîi, has also announced that he leaves office from Bălţi in a TV show.