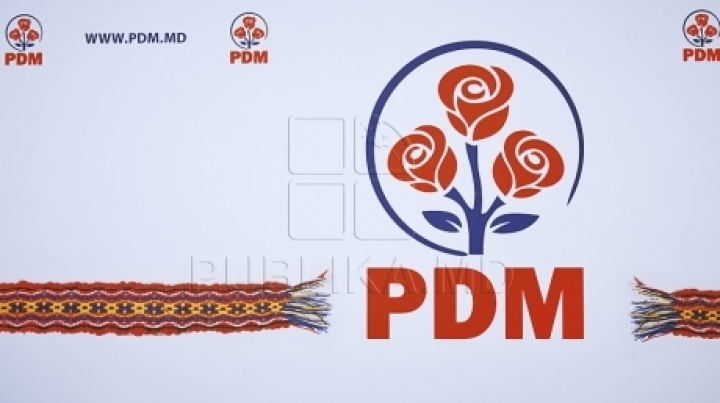 "We have no connection with the dissemination of material relating to Andrei Nastase and we consider them slanderous, totally unfounded accusations by Alexandru Slusari, Andrei Nastase's representative to the CEC.

When our members present opinions about PPDA candidate, Andrei Nastase, our party members do it directly and assum it. And PDM's opinion about the PPDA candidate is known: we consider Andrei Nastase a servant of the interests of Topa oligarchs prepared especially by them to destabilize the country and to block Moldova's European integration.

In these circumstances, we ask Mr Nastase to answer the following questions:

1) Is it true that he involved he's mother, without her knowledge, in various dubious financial schemes and offshore companies?

2) It is true that, as the Prosecutor's Office of Transportation in Chisinau in the 90s, Andrei Nastase approved illegalities committed by the state company Air Moldova, subordinated to the State Administration of Civil Aviation, led by his godfather, Victor Topa?

3) It is true that after he resigned from the Prosecutor's Office, Andrei Nastase was hired at Air Moldova, whose deputy was elected immediately?

4) It is true that it has a luxurious villa in Chisinau registered on his mother, he actually posing as a poor and honest man?

These are all the questions to which Mr. Nastase should answer for citizens to know exactly who he requires their votes on October 30th.

PDM is against negative electoral campaigns and strongly condemns the campaign against the spread of any materials of black PR. We reaffirm our support for a fair and civilized campaign by all candidates and parties orientated presentation of solutions to problems of Moldova" , reads a press release from the PDM.