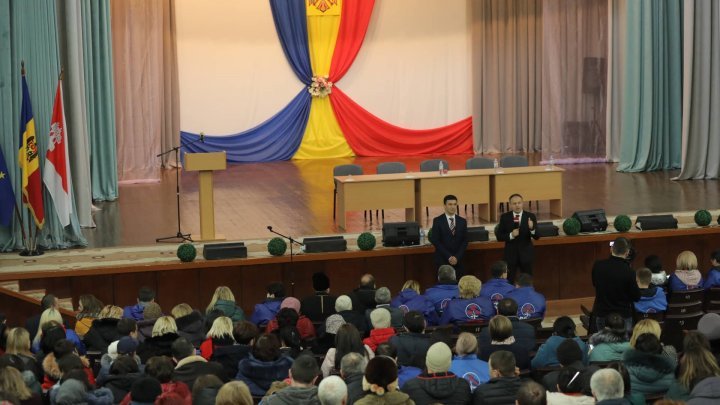 Medical projects are priorities of Criuleni authorities. Higher salaries and good conditions convinced 17 young specialists to work in the locality this year. Moreover, exists a family doctor in each of 44 localities in district.

People have access to qualitative medical services right in their district. Parliament Speaker Andrian Candu visited the district in PDM election caravan and confirmed this.

Within two years, the emergency department and the obstetrics and gynecology department were repaired with allocation of 9 million lei by District Council.

PDM candidate on constituency 21, Veceslav Burlac attended the inauguration of the two departments.

Parliament President assured that reforms for young specialists much be carried on as more and more remain in the country.

When the Democrats left hospital, a woman showed indignant and claimed compensated drugs were nothing but a lie.

Andrian Candu, however, demonstrated the project by a pharmacy visit.

- I'm here with a patient lady. Do you have these medicines?

- Some of them are compensated 100%, the patient should pay little for others.

Parliament Speak then spoke with the unsatisfied woman.

- You have medicines that are partially or fully compensated and medicines not listed.

- I understand now. That's why I got mad. - the woman answered.

Education projects are other priorities of Democrat Veceslav Burlac. Block of 20 apartments for teachers at Professional School in the city is ignored for 15 years. Renovation works has started and 80% of works are done.

"This project was impossibly implemented without support of a team. I want you, young specialists to stay at home in this room", said Veceslav Burlac, PDM candidate on constituency 21.

Improving business conditions, modernizing educational institutions and developing infrastructure are some of the commitments that the candidate continues to undertake.

"I want to tell you that we did not bribe even ten lei with investments of over a million euros. We did not have days off and worked non-stop. I want to say thank you.

"Why there is a certain care for entrepreneurs because they carry certain risks and create jobs. They pay taxes and they depend on the economy of the country," said Andrian Candu, vice-president of the PDM.