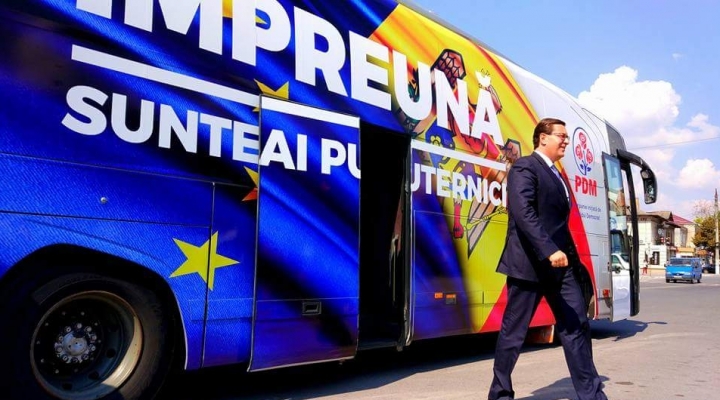 Supporting the academics and the development of science shall be a priority of the future president. The opinion is shared by Moldovan academicians, who have held a conference dedicated to the 25th Independence anniversary. The event has been attended by the presidential candidate of the Democratic Party (PDM,) Marian Lupu.

The academicians have reiterated the importance of continuing nearing the European Union. The PDM leader has given a speech in which he has underlined that the Independence Generation must be followed by the European Integration Generation.

"For several years now, an option and a consensus have started to materialize concerning Moldova’s country’s project. We all want a functional state, European infrastructure and standards, capitalizing on the agricultural potential, welfare in villages and towns, we want to be proud of what we have today, not only of what the former generations have left to us," Marian Lupu maintained.

The people of science have lauded Marian Lupu’s visions and are ready to back his candidature.

"He has always shown a very nice attitude towards the people of science, he has always personally congratulated us on our birthdays," said academician Teodor Furdui.

"Many leaders of political parties have been invited, but only the PDM leader, Marian Lupu, has honored the invitation. Perhaps he realizes the need to back the scientists," said Victor Juc, a researcher with the Academy.

The conference has ended in adopting a resolution reading that Moldova is not in any way a failed project, while modernizing the country and assuming a national idea may be carried out by adopting a program supported by the Academy of Science.