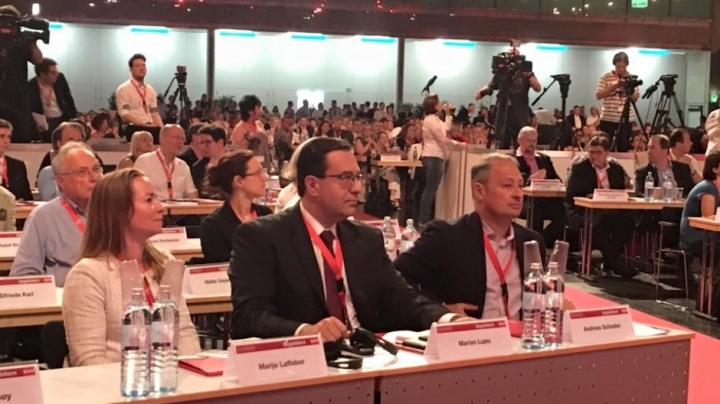 PDM president, Marian Lupu, has attended the Congress of the Social Democratic Party in Austria. Lupu had discussions with many European officials, one of them being Christian Kern, Austrian chancellor, chosen during the Congress as president of SPO.

Christian Kern has showed support for the European integration of Moldova and showed his willingness to be contacted both in official way, and in Party matters, in order to establish support measures from Austria to Moldova.

From his part, PDM president has mentioned that Austria is a strategic partner for Moldova, stressing out the fact that between PDM and SPO was established a long-term strategic partnership, both on PES line and at bilateral level.

During the discussions with the representatives of the Social Democratic Party of Austria, Marian Lupu has also discussed the subject of attracting Austrian investments in the economy of Moldova, and a separate subject of discussions was the negotiations in the format 5+2 regarding the solving of Transnistrian problem.

The officials have stressed out the importance of a permanent and constructive dialogue between all parties of negotiation format.