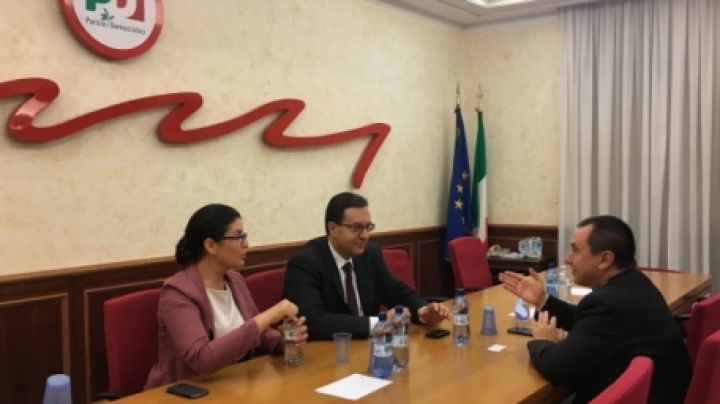 The president of the Democratic Party from Moldova (PDM), Marian Lupu, has returned from a working visit to Italy, where he had met MPs and leaders of the Democratic Party, the key ruling party in that country and a member of the European Socialists Party.
They have broached issues related to the Italian and Moldovan politics, cooperation, and to the European current affairs within the context of the UK referendum.

Marian Lupu has displayed Moldova’s progress in the context of implementing the Moldova-EU Association Agreement, thanking for the political support on behalf of the Italian Democratic Party and Italy as to ratifying the Agreement and for introducing the visa-free regime for the Moldovans.

"I have explained the importance of this Agreement for the hundreds of thousands of Moldovan citizens working in Italy and have asked for the support of the Italian colleagues regarding the start of the talks over signing and ratifying the Agreement. I have received assurances as to speeding up the ratification of the Transport Agreement and the Social Protection Agreement," Marian Lupu stated.

The meeting with the Italian Democrats has been an occasion to express Lupu’s appreciation of the Italian PD for involving the Moldovan Democrats into the activities of the European Socialists and of the Socialist International.

Leaving Rome, the PDM leader continues his trip to Brussels.

At the party level, Marian Lupu has discussed with National deputy secretary of the PD Lorenzo Guerini (the deputy of the National Secretary Matteo Renzi, the current Italian prime-minister).