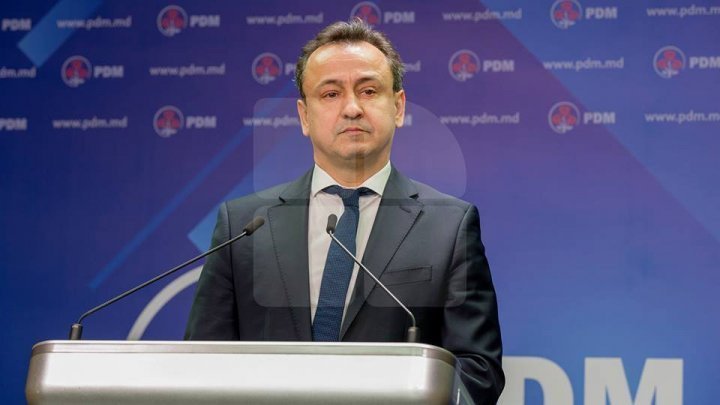 PDM has taken note of the the eminently political resolution initiated by group of two opposition parties in Moldova which has been voted in the European Parliament.

Moreover, at the conference, the resolution did not raise the interest of the MEPs. The subject was debated in almost empty room. The statement was made by PDM spokesman Vitalie Gumurari.

"The PDM has taken note of the eminently political resolution, voted in the European Parliament by a number of MEPs. The resolution belonged particularly to the parliamentary group of two opposition parties from Moldova. It is regrettable that the political war in our country was exported to The European Parliament by a few Moldovan political leaders who resort to gestures against Moldovans only to achieve their own goals. After the vote today, we find that political group who initiated the motion prefer to support only certain non-parliamentary political parties and their leaders than Moldova and its citizens regardless of political guidelines.

We also note that the resolution has not aroused the interest of the MEPs. This was debated in nearly an empty room, even majority of those initiated were absent. Thus, the decision on the vote was taken nontransparent and strictly politic, without a consistent debate in plenary.

We also mention that the resolution voted in the European Parliament did not reach a broad consensus; on the contrary, there were many critical voices against the initiators of the resolution, as well as harsh and argued criticisms regarding its content. It was mentioned that the Government and the Parliament of the Republic of Moldova have fulfilled absolutely all the commitments made with the European Union, including the reform of some important areas, such as justice.

It is a political resolution, which gives premature start to the electoral campaign for the upcoming Moldovan elections. Probably this resolution will significantly erode the confidence of the Moldovans in the European Union, after having gained a record increase during the current Government mandate.

But it is difficult to explain to citizens why they have suffered such hard reforms and then decision is made against them just as the wish of opposition leaders, just because the Government and the PDM did not accept to intervene in the decision of the courts which invalidated the elections in Chisinau.

The resolution will not have economic or financial effects on the Government nor on citizens, because the economic growth registered this year allows for all projects and commitments to be met in time.

Tomorrow, the leadership of the PDM, the Government and the Parliament will come up with more extensive official statements, including the way to move forward, so that citizens can benefit from the economic growth registered in the country after a hard period of reforms as well as the EU conditionalities, harsher than any government has endured so far. However, they have been fully met, both in relation to the EU and the IMF, which led a new installment of money from the IMF agreement, "the PDM spokesman , Vitalie Gumurari.