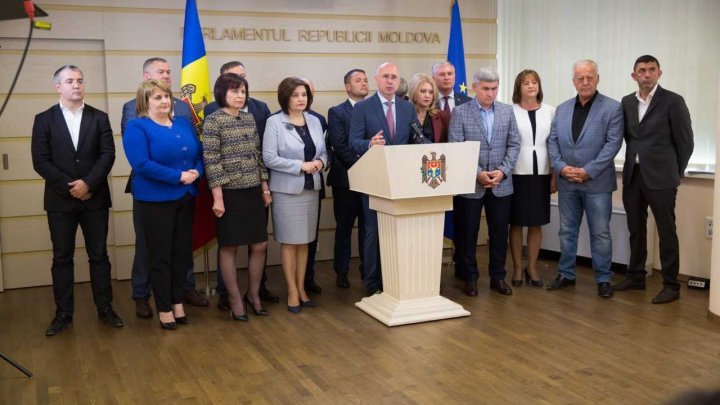 According to the President of Democratic Party Pavel Filip, the current governing alliance is like a TV advertisement - you watch, you believe and buy their product, then you know that's simply a advertisement. The declaration was made on the 100th working day of Sandu cabinet.

"Many promises and very few achievements" is the description Pavel Filip had about the alliance PSRM-ACUM. Moreover, this government doesn't have any governance program and proves nothing until now.

The politician highlighted the following points which the current government manages:

1. Maxim politicization of justice and public institutions. Hundreds of professionals were replaced with member of parties and their relatives. We can see this obviously in Anti-corruption Center, Prosecutor's Office, Constitutional Court.

2. Increased expense of living: Expensive electricity, and the next will be gas as the authorities announced. Expensive food and transport. People's standard of living and income remain.

3. The termination of projects which do people good. Within three months, this alliance manages to destroy not to build: they cut financing for Good Road project, First House and annulled project A Doctor for You, A New Life, 600-lei aid for pensioners.

5. The activities of government create many confusions in term of relations with EU.

"On the 100th working day of government, we feel like we bought a product we saw on TV ads. After a period, we know that everything was just an ad and the product doesn't work as it was mentioned.

The removal of immunity and many lawsuits recently is a lamentable attempt of current governing alliance to cover the failure during 100 days. They don't offer "bread", so they give people only "circus" and "show"", said the PDM leader.

Despite the pressure and lawsuits commanded, PDM will speak out the mistakes of government.

"PDM will protect continually the interest of our citizens and country", said Pavel Filip.