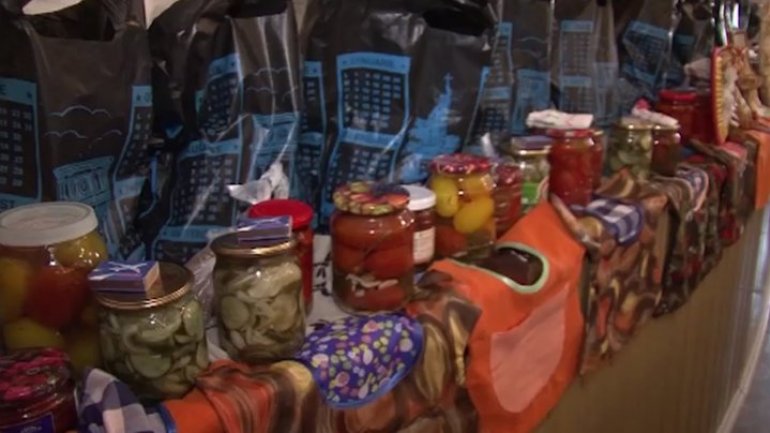 Democratic Party has launched new project of Nation's Treasure Organization in Balti where over 100 elderly people will receive presents.

Tamara Chilari, 60, hasn't been able to leave her house due to visual disability as a result of unsuccessful operation. She finds difficult doing grocery and preparing for winter. The project helps her to solve out problem.

The elderly who have received the supplies which include food jars, hrișcă, herb bags are grateful to the members of the Democratic Party for their care.

"I don't want to say anything but thank you! Thank you very much!"

"This is an important social project. It was not accidental that the presidents of the territorial organizations from other districts came to see how it was done in Balti and want to initiate the project to help people," declared the President of the Organization Nation's Treasure of PDM, Nina Turcan.

The Democracy Party's Nation's Treasure was founded in 2011.