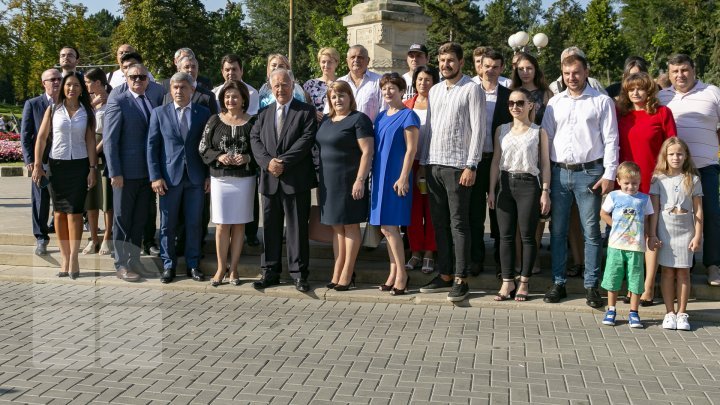 We cannot truly celebrate the independence of the country. The Republic of Moldova is only formally independent, only in the triumphal discourses of the government, while the reality is diametrically opposed. This is the message transmitted by the Democratic Party of Moldova.

Moreover, the PDM wrote that " We will fight to get Moldova back on track, for the state to be truly independent, and for citizens to live well here, at home!"

"We find with regret that today, August 27, 2019, we cannot truly celebrate the country's Independence. The Republic of Moldova is only formally independent, only in the triumphal discourses of the government, while the reality is diametrically opposed. De facto, by forming the alliance ACUM-PSRM, it has been shown that our country is dependent on foreign influences and interests.

The ruling parties today act only at the indication of the political administrators (masters) from outside, and the decision of the pro-European and pro-Russian leaders to clap their hands for an ostrich-camel-like coalition has been to the detriment of state interests.

After 28 years, the Republic of Moldova returns under the yoke of Russia with the tacit approval of the pro-Western so-called PAS and PPDA. The high-ranking Russian soldiers are welcomed with bread and salt, the Russian secret services have penetrated all the state institutions, and the force and defense structures are offered to them on the tray. We could not expect another result from the PSRM-ACUM Alliance.

Compared to the political debate of the last two months, more and more people are convinced of the consistency and correctness of the Democratic Party, that we were the only governing party that worked to strengthen our country's independence, the only party that knew how to govern effectively.

We wanted our country to be a partner and not subordinate in any relationship with foreigners, and when the political situation demanded:
• I sent home the Russians who humiliated our citizens,
• I requested from the UN forum the withdrawal of the Russian armed forces from the Transnistrian region,
• we have advanced the energy infrastructure projects, aimed at giving the Republic of Moldova independence from the Russian gas and providing additional sources of electricity for the country,
• I banned Russian propaganda on TVs and more.

The Democratic Party is not giving up! We will fight to get Moldova back on track, for the state to be truly independent, and for citizens to live well here, at home!", quoted the message sent by PDM on Facebook.