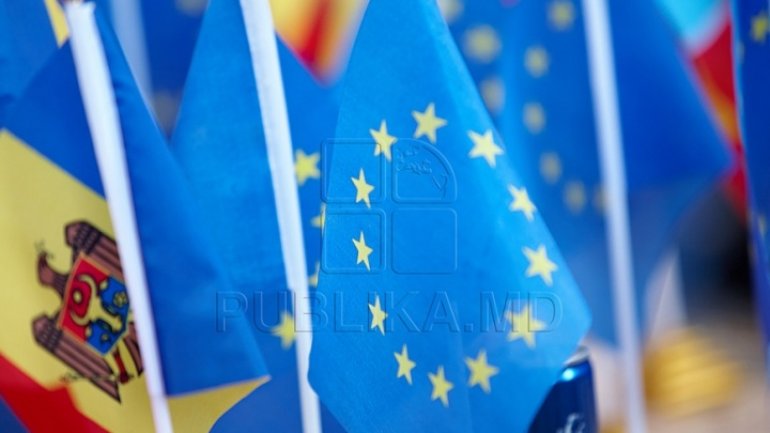 Considering president Igor Dodon's official visit to Moscow, the Democratic Party from Moldova firmly stands for continuing Moldova's nearing the European Union and maintains that the Moldova – EU relation must stay pivotal for the foreign policy.

"The Democratic Party from Moldova is categorically against the position voiced by president Igor Dodon regarding the cancellation of Moldova’s Association Deal with the European Union. We shall politically annihilate any attempt to cancel this accord," reads a communique by the PDM.

Also read: Dodon in Moscow: If PSRM will have parliamentary majority, I will cancel the Association Agreement

But the PDM also view Moldova’s relation with Russia as very important for this country.

"That is why the PDM wants its Russian partners to be fairly informed on this country’s European commitment, on the links we have and develop with the European Union. Taking into account these things, the Republic of Moldova must have full openness to strengthen its relations with the Russian Federation, to enhance the trade indices, to widen the cooperation in the areas of economy, society, culture, science, technology and security.

As for the statements made by the Moldovan president in Moscow, the PDM considers nobody should express personal opinions related to the foreign policy on official visits abroad. Moldova’s foreign policy is developed in Chișinău and is uniformly applied abroad.

In the same context, we consider president Igor Dodon’s initiative to sign a memorandum with the Eurasian Union lacks legal power, since there are no real mechanisms to carry out such a foreign policy project, as there is no social, neither political supporting in Moldova. This initiative by president Igor Dodon shall remain a political intention, as the PDM will use all leverage to reject such a move, that we consider unfriendly to Moldova’s interests," reads the PDM’s press release.

The Democratic Party from Moldova reaffirms the Parliament is the sovereign forum of the Moldovan democracy and the basic generator of the vision of Moldova’s foreign policy.

"We remind that the Moldovan Parliament ratified, on 2 July 2014, the Moldova-EU Association Agreement, this clearly setting the country’s external direction. For Moldova, joining the European Union is the only beneficial and viable integrating project, while adhering to the Eurasian Union is unpractical and contains unclear benefits.

In these circumstances, the PDM asks the Moldovan Parliament to discuss president Igor Dodon’s stances expressed on January 17 on his official visit to Moscow and issue a statement reconfirming the attachment to continuing the country’s European course."