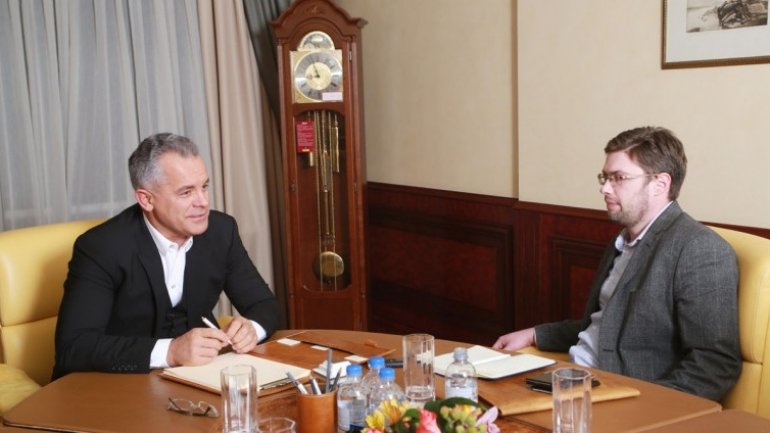 A constructive relation with the opposition can only occur when the opposition is a real political one that comes with solutions, without frustrations and emotions.  This is the opinion of PDM president, Vlad Plahotniuc, expressed in an interview for the portal Deschide.md.

Asked how he would build a relationship with the right-side opposition - PLDM, PAS, DA party, Plahotniuc declared that he is open "for a constructive relation with the opposition when the opposition is a real political one, which comes with solutions, and doesn't express only frustration and emotions."

"Now we don't have a real right-wing opposition, a political one, a constructive one. But I hope it will appear. It is important for government to discuss with politicians from opposition that come with criticism accompanied by realistic solutions that can be implemented" said Vlad Plahotniuc in the interview for Deschide.md.